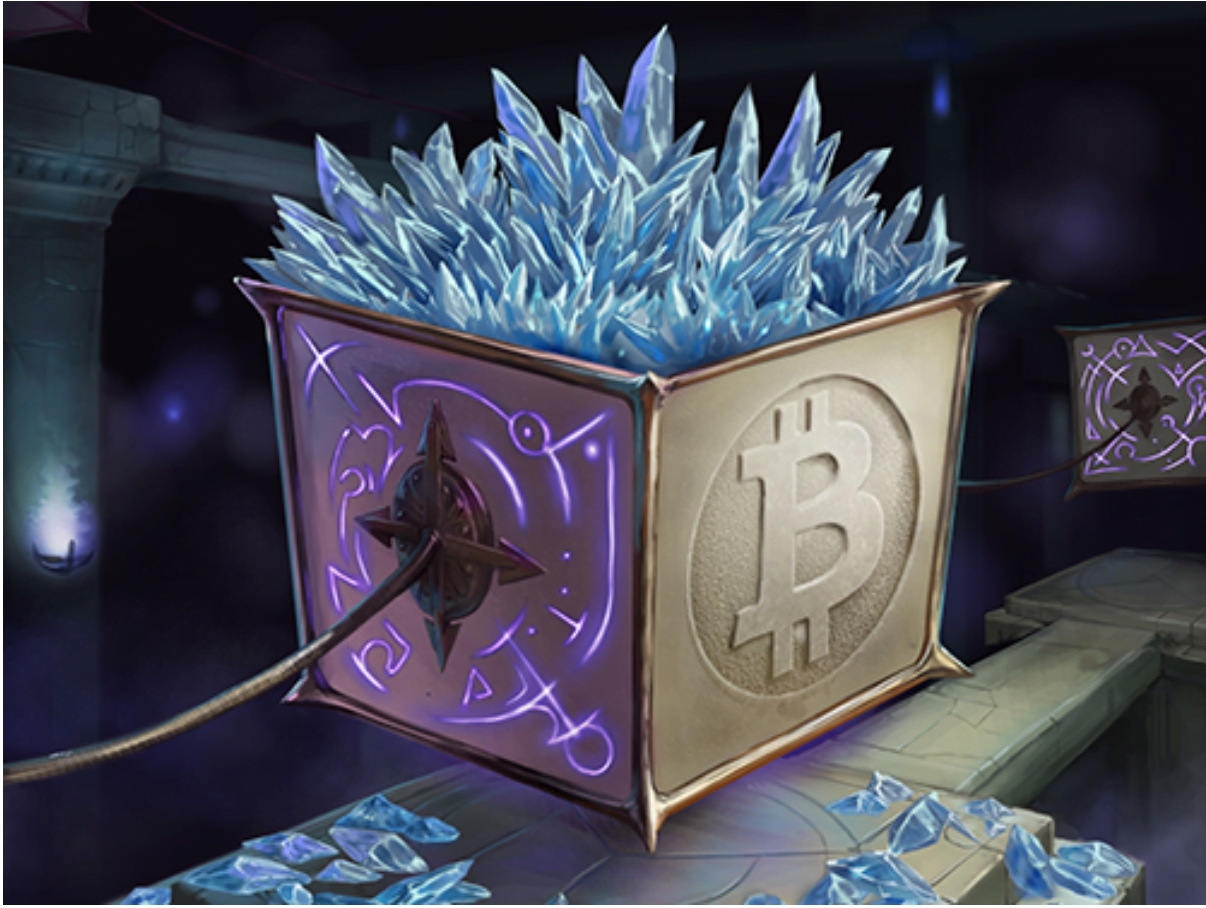 Over these past few weeks the press has paid homage to Bitcoin, Ethereum and everyone in cryptocurrencies for the 2/3 figure percentage increases achieved – the sector has drawn attention which would have been unheralded a mere year ago.

You have, therefore, probably heard Bitcoin compared to new digital gold, Ethereum to digital oil and heard much mention of the truly amazing potential of this new world and of how it might change everyone’s life in the near future.

The way of paying, betting, using social media and understanding the very concept of money is destined in all probability to change for ever – and quite rapidly.

One of the sectors which will be greatly revolutionized – for ever – by the new evolving trust economy is clearly gaming, and in particular trading card games.

Who has not heard of Magic, The Gathering!, Yu Ghi Oh, Pokemon and so forth? A relatively young sector, not even thirty years of age, destined to face its first Copernican revolution.

A sector which to date is estimated to be worth 1.3 billion US dollars worldwide, comprising about 551 million dollars in the south-east Asian market, this latter among the richest in the world and in constant growth particularly on the electronics platform (source: https://playfab.com/the-numbers-behind-the-rise-of-collectible-card-games/)

So, this sector will be literally revolutionized by blockchain technology, which will enable players to to show – instantaneously and globally – possession entitlement to their playing cards with definitive elimination of the risk of counterfeiting the same and of fraud but placing at player disposal a world besides local market (ownership assets of every game may be sold to anyone in the world, in real time).

This new world has already got a currency, a project which has been farsightedly put into operation by a Company from Geneva, EverdreamSoft – the truly genial idea’s hailing from its founder Shaban Shaame: BitCrystals (BCY).

EverdreamSoft’s idea has been to finalize a game based on bitcoin blockchain, via Counterparty protocol, a trading card game called Spells Of Genesis. The project began in August 2015 and – after almost two years – it is ready for worldwide launching, an operation set for 20th April 2017 and fully entrusted to Channel4 – which in itself speaks volumes on the potential envisaged by corporates.

Beyond the genius of being the first to take trading card games onto blockchain, Mr Shaban Shaame has also set gaming as a whole into the story of cryptocurrencies, guiding the player for a walk into an imaginary world which retraces the history of cryptocurrencies through the main pages already written and the main actors who have made themselves protagonists. Some cards – such as the once mythical Satoshi Card – depict a perfect synthesis of this new sector and could presently become proper icons of a new world being created.

In order to currency purchase game cards and assets Spells Of Genesis adopts its own currency, namely BitCrystals. Originally created for this particular purpose, BitCrystals came to create an ecosystem which has increasingly endowed this currency with a wider meaning – gradually enabled to go on and purchase cards of other games. Consider the famous Force Of Will, integrated into the ecosystem created by Spells Of Genesis, or other assets associated with gaming or collecting, such as DieCast model cars.

Nor does it end there. In order to use the game EverdreamSoft has created from scratch an application designed to manage all the assets; its name is Book Of Orbs, in collaboration with the creators of Indiesquare (a Counterparty wallet). Needless to say this platform immediately attracted big players such as Force Of Will and new projects, ready to use a hub enabling their own assets to be made operative in blockchain. All this, evidently, in a world managed through bitcrystals.

So the next time cryptocurrencies are mentioned, you will realize they are talking about a project-linked cryptocurrency, until today working hard in the shadows … but now ready to conquer world markets: BitCrystals.

Given that every month EverdreamSoft burns, i. e. destroys (something feasible in blockchains with no chance of cheating), half of the income from card and asset sales in BitCrystals, the very nature of the currency is deflationary – the result being fewer and fewer BitCrystals remaining in circulation. Just consider that in these past two years of pre-production about three million BitCrystals (out of originally available around 44 million) have been destroyed. In fact, the game boasts a moderate client base, even if in decline, and has generated remarkable takings totalling around 220,000 American dollars.

So there exists a currency for a sector which will soon attract considerable financial and industrial attention, the availability of which is destined to decrease in time … an explosive mixture which is about to take BitCrystals into the story of cryptocurrencies.

BitCrystals is girding itself to become the new currency for blockchain games, starting its ascent from a market value of about 11 million American dollars to potentially manage a market worth billions, with the value growth in this cryptocurrrency bound to be explosive over the coming months.

Tags: bitcoinBitcoin newsbitcoin priceBitcoin price chartblockchaingamestrade bitcointrading
TweetShare
BitStarz Player Lands $2,459,124 Record Win! Could you be next big winner? Win up to $1,000,000 in One Spin at CryptoSlots