BitSquare Will List The UAHF Currency as BitmainCoin On August 1 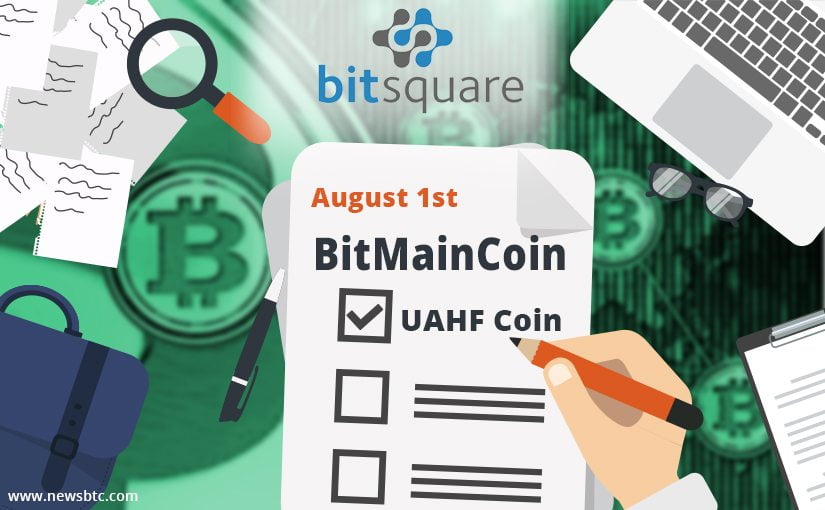 August 1st will be quite an interesting day for Bitcoin enthusiasts all over the world. On this date, we will see both the UASF and UAHF go into effect in quick succession. It remains to be seen how many versions of Bitcoin we will end up with. Exchange platforms are already preparing for a potential chain split moving forward. BitSquare announced they will support the UAHF currency as BitmainCoin. An interesting choice, to say the least.

It does not appear BitSquare is a big fan of the UAHF introduced by Bitmain yesterday. In fact, the team feels the hard fork is the worst possible outcome. Once currency will be a clear altcoin, whereas the other will be will be the “real” Bitcoin. BitSquare will draw the line between the two, and refer to the UAHF currency as BitmainCoin. It does not matter if this chain will be successful, as the platform has no intention to sell it Bitcoin under any circumstances.

BitmainCoin Will Be Treated as an Altcoin

Ensuring both currencies will be supported by the platform is quite an interesting decision. Supporting the UAHF currency is only to be expected, though. Labeling it as “BitmainCoin” also indicates the company feels Bitmain wants its own currency more than anything. Whether nor not that is the ultimate objective, remains to be seen. Support for BitmainCoin is not the only announcement BitSquare made, though.

In more positive news, the platform will introduce multiple base currencies moving forward. Right now, Bitcoin is the only base currency. This list will be expanded upon with both Litecoin and Dogecoin. Integration for Dash is also on the agenda, but it will take some time. This means BitSquare will no longer be dependent on what goes on with the Bitcoin blockchain. Using multiple base currencies makes a lot of sense given all of the drama found in the Bitcoin ecosystem right now.

Interestingly enough, BitmainCoin can be traded against Litecoin and Dogecoin as well. The same applies to the UASF Bitcoin currency. All traders need to take risk factors into account, though. The UASF Bitcoin currency will remain BTC, whereas BitmainCoin will be listed as either BMC or BUC. It is evident August 1st will shape a new future for Bitcoin, albeit no one knows for sure how that future will look.