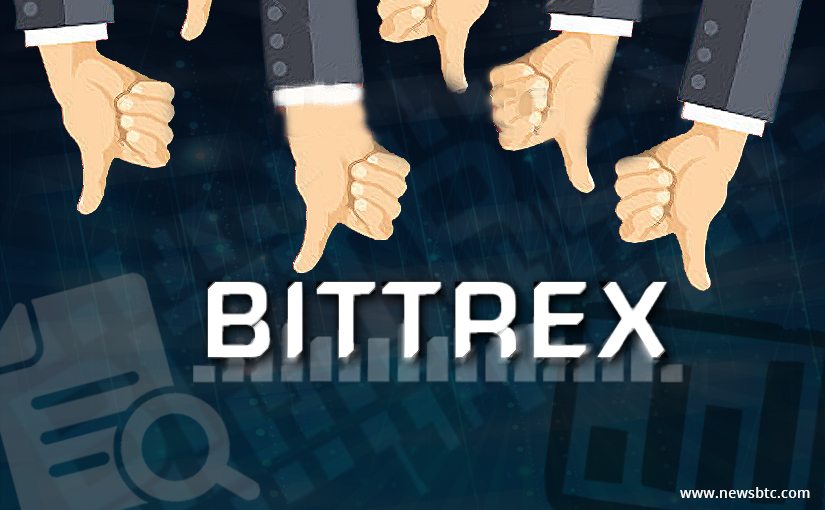 Withdrawing funds from cryptocurrency exchanges is not always convenient. More specifically, a lot of platforms integrate withdrawal limits for all users. With most funds kept in cold storage, that isn’t overly surprising. Customers of Bittrex, however, are growing concerned over the company’s policy changes. Moving money off the platform now takes a lot longer than normal. People who do not want to verify their identity find themselves in a major pickle right now.

It has to be said, withdrawal limits across cryptocurrency exchanges are often pretty low. Raising said limits revolves around verifying one’s identity. Not every exchange user favors that idea, which is understandable. This leads to customers being forced to make many small withdrawals every now and then.Even people who have a few Bitcoin on Bittrex may struggle to move the money out without verification. One Reddit user claims that would take around 120 days to do so.

It is understandable Bittrex users are concerned over this development. After all, having to deal with delays to move money off an exchange is quite problematic. Then again, all of these platforms have strict AML and KYC guidelines to adhere to. If customers do not verify their identity, they are only entitled to very low limits. What irks Bittrex users a lot is how some of these changes are allegedly made without prior warning. Then again, everyone knows exchanges deal with a ton of scrutiny already. It is in their best interest to comply, rather than grant privileges to users and face the wrath of regulators.

It is evident the praise Bittrex has gotten lately is justified. There are a lot of unverified users out there, though. Everyone has the option to verify their identity or not. However, not doing so means limited access to a platform’s service. Every user knows that well in advance. Complaining afterward will not make things happen magically, though. If users do not want exchanges to hold their information, they should try decentralized solutions instead. Unfortunately, those platforms often lack volume.

There will always be users who complain about companies “rolling over” and playing ball with regulators. Then again, these exchanges have very few other options at their disposal to do anything else. After all, they are custodians of user funds. If anything were to go awry, the exchange is ultimately held responsible unless funds are stolen due to the user’s own fault.  Trusting exchanges comes at a price, which is often paid for in submitting personal information. Those who do not like to do so only create problems for themselves, though. There’s no reason to be upset regarding Bittrex and its practices, as they are doing exactly what they advertise.

BitStarz Player Lands $2,459,124 Record Win! Could you be next big winner?
Get 110 USDT Futures Bonus for FREE!
Tags: Bitcoin Newsbittrexregulationwithdrawals
Tweet123Share196ShareSend
Win up to $1,000,000 in One Spin at CryptoSlots