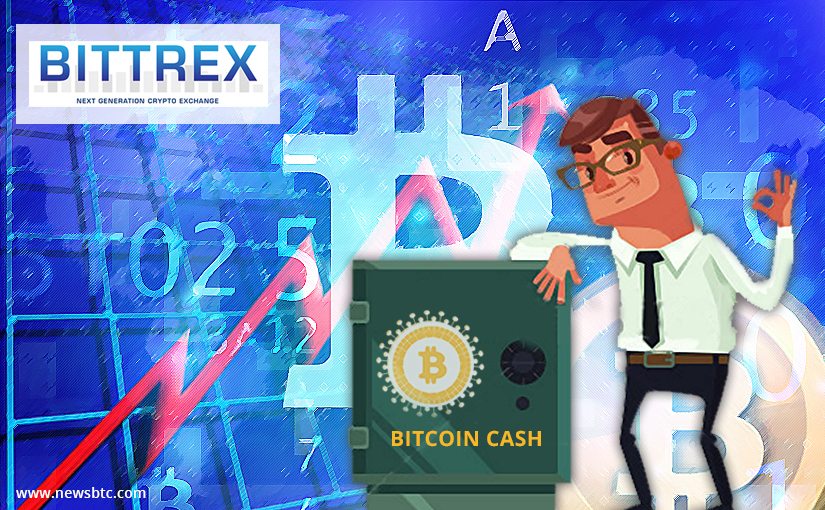 The ongoing debacle regarding Bitcoin Cash is far from over. A lot of exchanges still have to credit user balances accordingly. The exchanges having done so already still struggle with deposits and withdrawals. Bittrex, the exchange generating most of the BCH trading volume, finally allows users to deposit BCH. This has caused the price to crash quite a bit, which is not surprising. It is good to see people finally can get rid of the tokens they do not want.

Even though the Bitcoin Cash launch was successful, exchanges had a few issues. More specifically, multiple companies still don’t support BCH. Others have yet to give shares their rightful amount of tokens as well. Not all of the coins in circulation are effectively controlled by users, that much is evident. Bittrex was one of the exchanges trading BCH, but without allowing deposits. That situation has come to change over the past 24 hours.

Now that users can deposit Bitcoin Cash on the platform, the BCH price is tanking. Not surprising by any means, as people want to get a high price for these tokens. There are still a lot of die-hard Core supporters ready to dump BCH en masse. To do so, they will need to get the funds across to Bittrex, though. That is a rather tedious process as the Bitcoin Cash network blocks are still far apart at times. Waiting for the necessary number of confirmations requires some patience for now.

Now that the BCH price is slowly coming to normal levels, things look pretty solid. More specifically, the major price gap between exchanges is all but gone right now. Earlier this week, Bittrex was trading BCH at a price of 0.48 BTC. Other exchanges had it at 0.3 and lower at that time. It would have been an intriguing arbitration opportunity if people had been able to move coins across. Sadly, that was not possible. Then again, people can still sell their coins right now if they want to.

One thing worth noting about Bittrex and BCH is how the buy support is still strong. With nearly 4,000 BTC on the buy side, Bitcoin Cash won’t go down in value forever. That buy support is, of course, established at very low prices. However, we have seen how BCH can reach US$600 and more with relative ease. The sell side of order books across exchanges still looks rather thin. It will be interesting to see how this market evolves in the coming days and weeks.

Tags: BCHBitcoin CashBitcoin Newsbittrex
TweetShare
BitStarz Player Lands $2,459,124 Record Win! Could you be next big winner? Win up to $1,000,000 in One Spin at CryptoSlots