Bitwala Backs out of SegWit2x Agreement to put Customers First 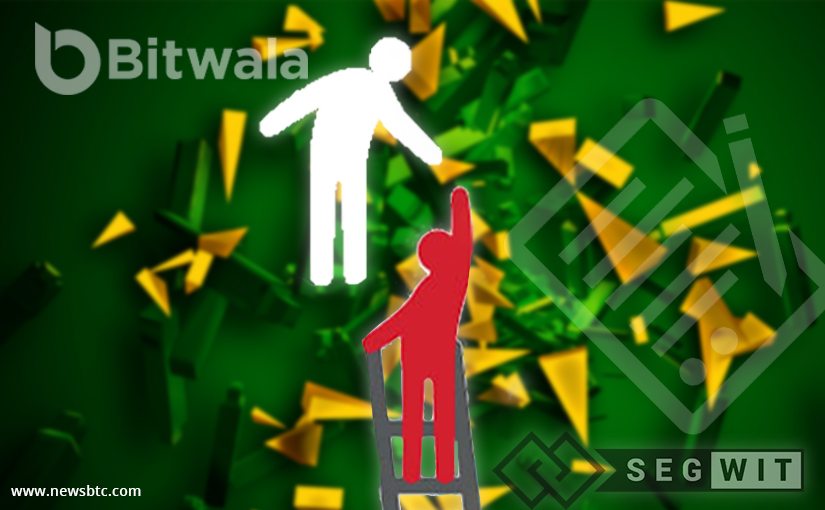 The SegWit2x scaling proposal sparks many debates among Bitcoin enthusiasts. A growing part of the community wants nothing to do with this New York Agreement whatsoever. Last week, F2Pool already backed out of supporting this upcoming hard fork in November. Bitwala has now done the same, as they strive to put customers first. Slowly but surely, this agreement is falling apart. The future doesn’t look too great for SegWit2x and its supporters, to say the least.

It is not surprising to see companies shift allegiances in the Bitcoin world. A lot of businesses supported SegWit2x to ensure Segregated Witness would get activated on the network. Now that this has happened, we may see more entities backing out of the New York Agreement. Come November 2017, the SegWit2x hard fork is scheduled to take place. However, many people question the validity of this proposal. Especially with Bitcoin Cash around, there doesn’t appear to be a need for this particular scaling solution.

A Smart Decision by Bitwala?

With F2Pool dropping out last week, an interesting precedent is created. After all, without enough mining support, this solution won’t survive that long. The next company to bail out the NYA is Bitwala. That isn’t entirely surprising, though. The company has always put their customers first, regardless of Bitcoin politicking behind the scenes. So far, it doesn’t appear their customer base wants them to support the New York Agreement either. Not a big surprise by any means, as this scaling solution is highly contested.

While Bitwala wants to honor SegWit2x, they simply can’t do so. They need to adhere to the wishes of their customers. When it comes to this particular scaling solution, the public opinion is rather negative overall.Moreover, the company relies on third-party payment processors and exchanges. This means the company can’t support anything those other platforms will not. SegWit2x has no economic majority whatsoever, nor will it anytime soon.

All of this does not bode well for the controversial scaling solution. With a big mining pool and a major service provider dropping out, a cascading effect may be created. With no Bitcoin Core developers signing off on the NYA, it makes it an altcoin at best. There is no reason for any of the economic parties to support yet another fork of Bitcoin any time soon. An interesting situation well worth keeping an eye on, though. It will be interesting to see if other companies follow Bitwala in this regard.

Tags: bitcoinBitcoin NewsBitwalaSegWit2x
TweetShare
BitStarz Player Lands $2,459,124 Record Win! Could you be next big winner? Win up to $1,000,000 in One Spin at CryptoSlots