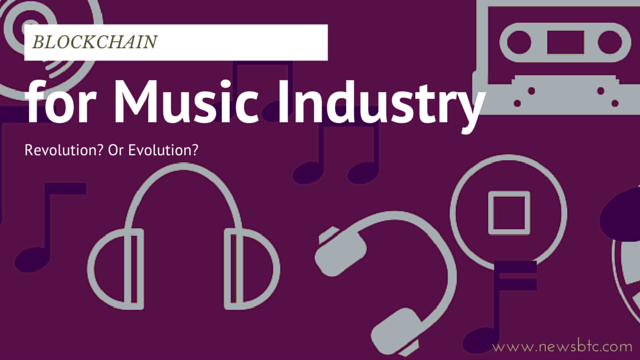 The API, as stated in the Colu’s recent press release, would help artists and music companies settle creative and distribution rights in a comparatively transparent ecosystem. The presence of the blockchain would further ensure a proper mechanism to grant rightful fees and royalties to artists in the form of digital assets, such as Bitcoin.

Appearing as a relief to an infrastructural inefficient music copyrights system, the Colu-Revelator partnership is truly kicking in some great upgrades for the industry. In an ideal scenario, an Eminem track, say if purchased online, would be able to distribute royalties to each and every artist  and manager that was involved in the making and distribution of the song. Not only it saves one from unnecessary paperworks, but also ensures agreed splitting between the professionals.

Revelator’s Bruno Gorez praised the magic behind the blockchain technology to make such a task possible, stating:

“We are very excited about the potential for Colu’s platform to simplify the management of music rights, starting with those associated with songwriters and their compositions. Colu has made the complex technology of the blockchain accessible for integrations into platforms like ours, and we’re looking forward to exploring all the ways it can improve service to our clients.”

Colu has further invited more developers and companies to build their asset distribution network on their platform. It has just entered its beta stage alongside the launch of Revelator’s API.

“We’re excited to launch this beta more broadly so solutions and services can be used by consumers down the road, starting with an industry as dynamic as music and entertainment,” the company’s CEO and co-founder, Amos Meiri, stated. “Colu is committed to making blockchain technology easily and safely accessible for everyone.”

Back in January, Colu had raised a $2.5 million in seed funding from VC firms Aleph and Spark Capital. The coins are spent well.