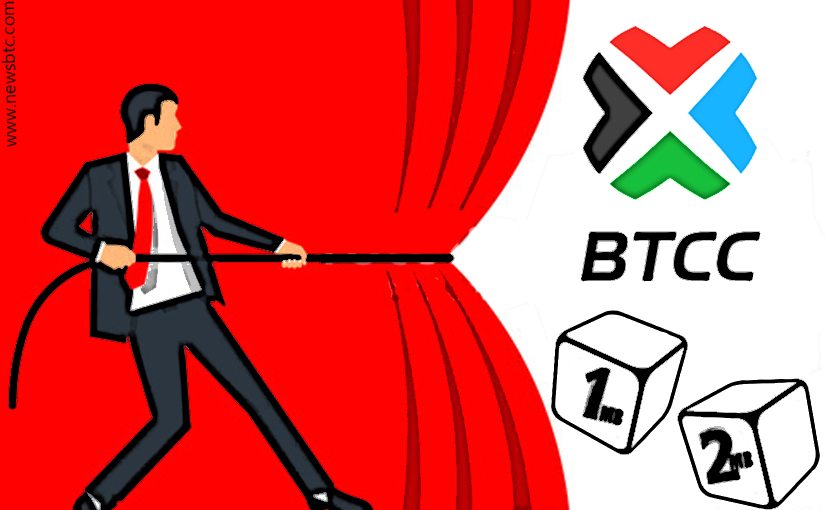 Bitcoin hard forks are on a lot of people’s radar right now. No one knows for sure how things will play out in this regard. SegWit3x will either succeed or become a forgettable altcoin. For now, the latter option seems far more likely. On the BTCC DAX platform, speculators can convert Bitcoin to 1MB or 2mb, denoting SegWit and SegWit2x specifically. An interesting choice, to say the very least.

To put this into perspective, there are two new trading pairs on BTCC DAX. Both the 1MB/BTC and 2MB/BTC markets are of keen interest. They are designed to show whether or not SegWit2x has a fighting chance whatsoever. It remains to be seen if that is the case, mind you. For now, the SegWit2x situation is still very contentious. Not entirely surprising, as there are still a lot of questions regarding its actual development. That said, it creates an appealing speculative market for a lot of enthusiasts.

At the time of writing, neither of these new markets had any volume whatsoever. However, users who deposit BTC to this exchange can manually split their balance between 1MB and 2MB. So far, the platform indicates this is an 80/20 split in favor of SegWit. If that is the case, it means the Bitcoin price will drop by 20% during the hard fork. The rest of this value will automatically be attributed to B2X.

While it is true Bitcoin will lose some value before the fork, 20% seems like a lot. This split on BTCC DAX is interesting to keep an eye on, though. Rest assured the 2MB price will go down by quite a bit in the next few weeks. Very few people effectively like this scaling solution, which isn’t exactly a surprise. This topic has been a subject of debate for quite some time now. A lot has yet to be determined, to say the very least.

It is good to see a Chinese exchange platform get in the mix once again. More specifically, the recent Bitcoin situation in China has caused a lot of controversy. Then again, things are slowly evolving in the right direction again. Whether or not people will care much about this split before the fork, remains to be determined. Speculation is always part of the game, and BTCC DAX wants to get in on the action, by the look of things.

Get 110 USDT Futures Bonus for FREE!
Tags: Bitcoin NewsBTCC DAXexchangeSegWit2x
Tweet123Share196ShareSend
BitStarz Player Lands $2,459,124 Record Win! Could you be next big winner? Win up to $1,000,000 in One Spin at CryptoSlots