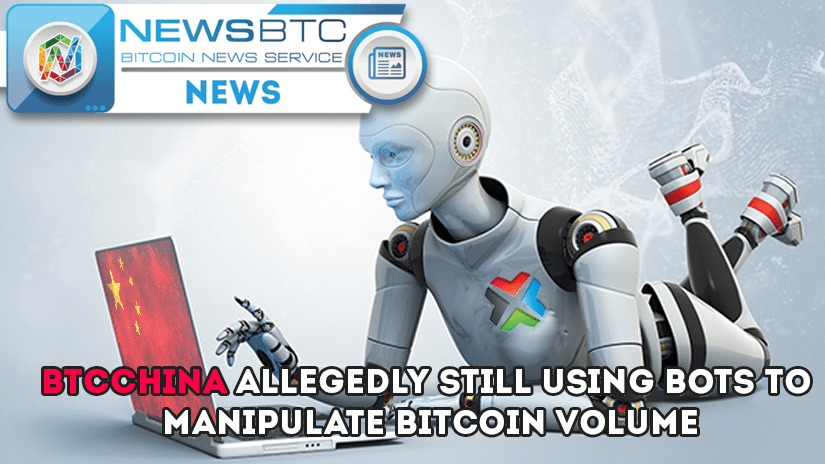 Rumors are circulating regarding BTCC’s Bitcoin trading volume. For the longest time, people suspected the exchange of faking volumes through the usage of bots. It appears that situation is still going on, according to some Reddit users. If that is the case, it seems to be only a matter of time until the PBOC cracks down on this activity. For the time being, the usage of trading bots has not been confirmed by the exchange.

Chinese Bitcoin exchanges have not seen a dip in trading volume since the PBOC investigation began. This came as quite a surprise to many Bitcoin enthusiasts. After all, the PBOC forced exchanges to reduce margin trading opportunities. Many people assumed this would have a negative effect on the overall trading volume.

Trading Bots Are Bad For Business

At the same time, this “flat” trading volume has some users concerned. According to a recently surfaced screenshot, BTCC’s trading looks rather symmetrical. Albeit China is a big factor when it comes to Bitcoin trading, symmetrical trading volume is rather unusual. Seeing similar trading volume candles throughout the day is highly unlikely to be legitimate by any means.

For the time being, this allegation causes a bit of unrest among the Bitcoin community. On the one hand, some people state how BTCC is not concerned about the PBOC and potential repercussions. Otherwise, they would not use trading bots in such a blatant manner, to begin with. Then again, it is difficult to prove if bots are being used to manipulate the volume on BTCC.

On the other hand, there is another factor taking into consideration. All Chinese bitcoin exchanges reintroduced trading fees. Anyone faking volume would lose out on a lot of money to create fake trading activity. Depending on what that person’s main objective is,  it could be worth spending a fair bit of money on trading fees. However, since the bitcoin price is not moving up or down, the effort seems rather pointless.

In the end, it is unclear if any exchange uses trading bots to prop up the volume. It would not be in their best interest to do so right now, though. BTCC, along with all other exchanges, are scrutinized by the PBOC right now. If there is even a slight hint of manipulating trading volume, things could get ugly very quickly. For now, the situation remains strange, but it is difficult to prove either conclusion.

Tags: bitcoinBitcoin Newsbtcctrading bots
TweetShare
BitStarz Player Lands $2,459,124 Record Win! Could you be next big winner? Win up to $1,000,000 in One Spin at CryptoSlots