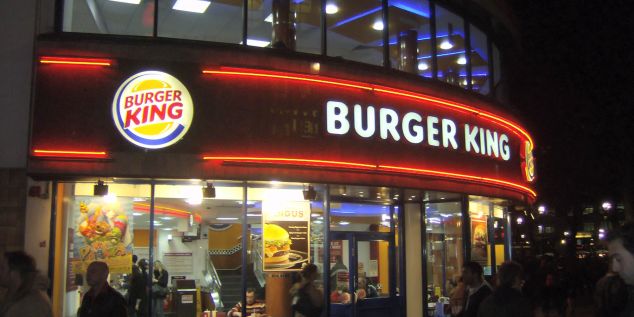 Burger King in the Netherlands Accepts Bitcoin and Hosts Meetups

The Netherlands’ Arnhem city is known to be one of the most bitcoin friendly cities in the world.

Since the establishment of Arnhem Bitcoinstad or Bitcoincity, the number of bitcoin accepting merchants increased exponentially, initially starting from 2 local bars and a restaurant to 100 bitcoin merchants including malls, coffee shops and restaurant chains.

The latest merchant to join Arnhem Bitcoinstad is the Burger King, located in the city center of Arnhem. With the help of local startups, bitcoin enthusiasts convinced a Burger King franchisee to accept bitcoin payments.

On February 18, the Arnhem Bitcoinstad team announced, “The project Arnhem Bitcoincity has reached a new milestone: There are now 100 venues that accept Bitcoin in Arnhem. The Burger King in the city center is the latest to join the project. For Bitcoin enthusiasts Arnhem is like heaven as you can practically pay everything with bitcoins.”

The Burger King Arnhem branch also announced that anyone that pays in bitcoin will receive a second burger (Whopper) for free and the restaurant will host bitcoin meetups for tourists and enthusiasts interested in bitcoin and digital currencies in general.

“And this is the ultimate goal of the project: to start a real Bitcoin economy, and prove that a real, viable alternative for the current financial system is possible and actually happening,” the team said.

“When this project started, all merchants converted their bitcoins to euros immediately through the payment processor BitKassa, but a growing number of merchants now keep their bitcoins, since they can pay some of their supplies with bitcoins themselves at other merchants who accept Bitcoin as well. For instance a restaurant owner who pays for his bread at a bakery that also accepts bitcoins,” they added.

Tags: ArnhembitcoinBurger King
Tweet123Share196ShareSend
Win up to $1,000,000 in One Spin at CryptoSlots