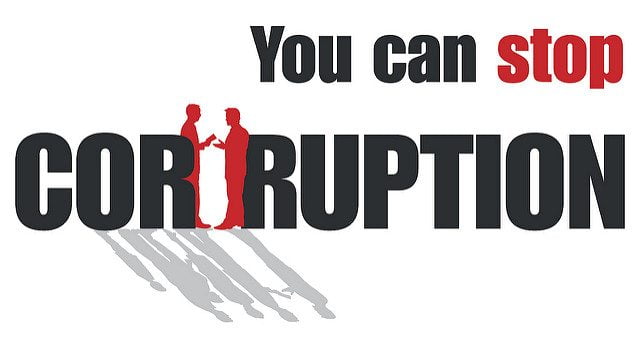 In Nigeria, a mobile phone service was launched to report against corrupt border police, and it successfully helped truckers and small traders to pass border without paying bribes. In Afghanistan, the government introduced automation to its tax collection process that helped reduce opportunities for tax theft. In India, the government launched schemes that utilized the power of internet in distributing subsidized fertilizers among poor farmers, a service that was food to corrupt middlemen for over 60 years.

Technology, without a doubt, is the leading distractor for all corrupt activities. The recent developments in finance, communication and record-keeping sector has helped anti-corruption cells in toning down frauds, and ensure good governance. There is no doubt in saying that only technology can improve transparency and boost accountability between the government and its people. And it can be seen very well in the aforementioned cases where technology, in one or another, played an important role.

But let’s accept it: Corruption is inevitable — a social phenomenon — that exists as naturally as an influenza virus. Many countries, especially the first world nations, claim that they have curbed this social stigma. But nonetheless, corruption still flourishes relentlessly in both political and bureaucratic offices, while impacting everything that comes under their spectrum. It is inherent to human nature, irrespective of class and creed.

Technology is the answer, but it is not a solution.

Can Bitcoin be That Solution?

Bitcoin brings a lot of hope to the table. The digital currency, which was launched with an aim to destabilize crony capitalism, certainly sounds revolutionary. And it has indeed shown how a money can survive only on public consensus, without needing government and central banks. It is now being used for plethora of purposes: to buy essay, goods, products online, as well as a mean to simplify cross border remittance.

The real beauty of Bitcoin, however, is its underlying public ledger system known as blockchain. The trustless system automatically executes, confirms and stores transactions on a public database; it leaves no scope for a middlemen or government or any financial authority to take participation in the ongoing transaction, ensuring that the system remain authority-free, hence decentralized.

Bringing the power of blockchain technology to government offices sounds like a far-fetched fantasy, but the open source nature of Bitcoin could make it possible. Imagine deploying public funds entering into such an open system, where money could be allocated to other government subsidiaries, and be used for many public welfare initiatives.

With every transaction going into a public directory, watchdogs can easily trail money to check on its conclusive spending. Private and public sector banks, as well as income tax authorities, could utilize blockchain to create private chains. These chains could then be attached to the main ledger as its branches. It will save money in terms of data handling as well.

If every single government office house enrolls into such a system, there would be no corruption. But again, all policymakers need today is intention.

Tags: bitcoinbuy essayCorruptionOpinion
TweetShare
BitStarz Player Lands $2,459,124 Record Win! Could you be next big winner? Win up to $1,000,000 in One Spin at CryptoSlots