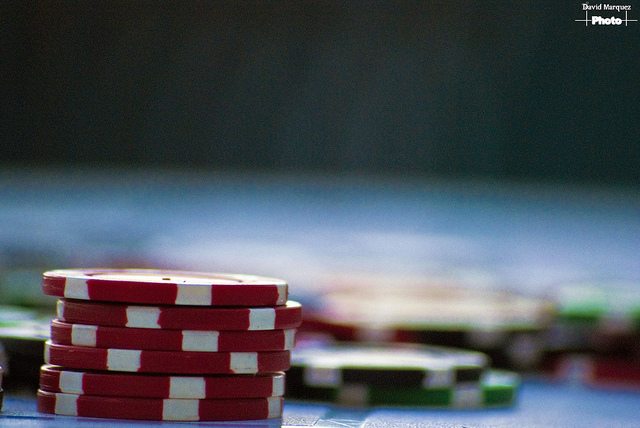 The online poker industry in Australia has seen seismic shifts as of late, with a new ban on online gambling targeting offshore gambling sites. The Interactive Gambling Amendment Bill 2016 has already forced 888poker to leave the country and major poker rooms like PokerStars and PartyPoker are also planning their exit. Thanks to bitcoin, however, online poker could still have a place in Australia, as players will have the opportunity to play the game they love through a number of different types of sites that are bitcoin-friendly. This is great news for Australian online poker players, who would otherwise be restricted from playing poker under the new legislation.

Currently, online poker is available in other countries where online poker is otherwise restricted thanks to the use of bitcoin. The United States is a great example of this, and serves as a blueprint of sorts for operators who want to continue to offer poker in Australia despite their legal restrictions. After the law was passed that made online poker in the United States illegal (but, ironically, left open a loophole that paved the way for the daily fantasy sports industry to thrive), it was assumed that the game was gone for good for Americans.

But bitcoin has changed that, with users able to fund anonymous accounts via an anonymous bitcoin wallet, making it possible for Americans to take a seat at the table again. While the process of funding an online bitcoin poker account is a bit frustrating for American players, something we’ll touch on later, that process is better than not being allowed to play online poker at all. Therefore, Americans have taken the good with the bad, and have gone through that process. Bitcoin should provide a similar reprieve for Australians looking to continue playing online poker in spite of the recent ban, only without the same hassles.

Fortunately for Australians looking to begin playing bitcoin poker online for the first time, the game has grown substantially in terms of its relationship with bitcoin over the years. Once relegated to smaller bitcoin poker sites like Seals with Clubs, bitcoin poker players can now take their pick of many larger sites that now accept the crypto-currency.

Larger poker sites such as America’s Cardroom and BetOnline now accept bitcoin, which allows members of those sites to continue funding their accounts and playing online poker regardless of any restrictions placed upon Australia by the government. A huge positive to using sites like these is that they are well-respected brands already, and have no issues with credibility, the way sites with less of a track record could.

Bitcoin-only poker rooms are also an option for players who are looking for alternatives to more traditional poker sites. A great example of these sites is Nitrogen, who offers an exemplary poker experience with some differences from other poker sites. The first positive in using a bitcoin-only poker site such as Nitrogen is the lack of transaction fees for both deposits and withdrawals, something that is a negative to using BetOnline and other sites that deal in currencies other than bitcoin. These bitcoin-only sites also offer lower rakes on each hand, which means that more of your bankroll goes toward playing hands instead of going toward paying the house for the ability to do so.

For Australian players, buying bitcoin is a straightforward process, especially when compared to the process of purchasing bitcoin in other countries. In the United States, players have to purchase bitcoin using an exchange site such as Coinbase, then transfer those funds into an anonymous bitcoin wallet (because exchange sites like Coinbase will shut down your account if it is associated with online wagering sites), then deposit those funds into your online poker site of choice.

In Australia, bitcoin can be bought with cash at over 1,200 newsagents. So instead of going through two different bitcoin wallets before depositing funds into a bitcoin online poker site, players will be able to simply make a cash purchase of bitcoin, and transfer those funds into the poker room of their choosing, making the process almost as easy as depositing traditional currency into a poker site before doing so was deemed illegal. This should soften the blow of what is surely a frustrating situation for Australian poker enthusiasts, who just want to do as they please with their money.