Can Disney’s Dragonchain Effectively Compete With ETH in the Future? 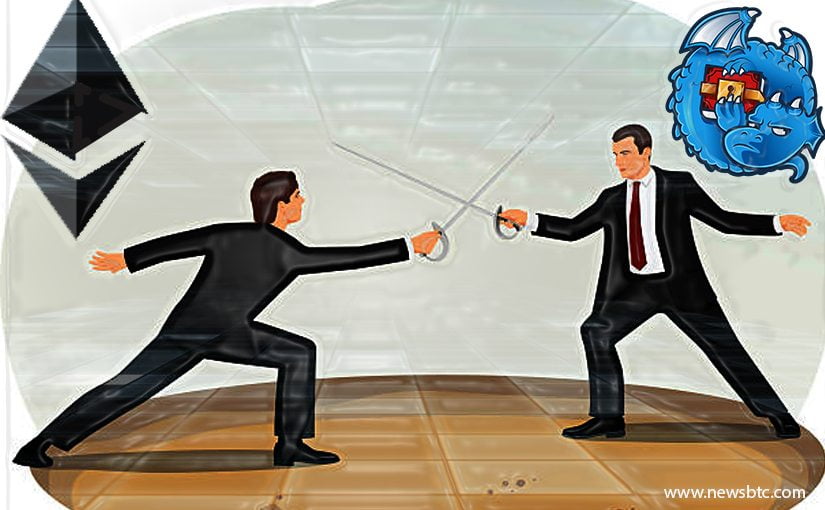 Blockchain enthusiasts will recall how Disney got involved in distributed ledger technology. The company created Dragonchain, which serves to be a more private blockchain. Although things have been relatively quiet regarding this project, it is anything but forgotten. As it turns out, there are plans to build a commercial business for Dragonchain. If this effort is successful, the team hopes to successfully compete with Ethereum sooner or later.

The Dragonchain project has always been pretty interesting. Originally developed by Disney, its actual use cases have been unclear for some time now. While the company wants to expand its business, building a new blockchain requires proper use cases. Dragonchain focuses on improved data privacy compared to other enterprise-oriented ledger solutions. Originally, the plan was to build a secure asset management system for Disney’s internal purposes.

Said project was officially scrapped in 2016. Ever since then, no one has heard much about Dragonchain again. Until a few weeks ago, when things took an interesting turn. The Dragonchain Foundation aims to build a commercial business on top of this platform. This will help other companies explore distributed ledger solutions in a more convenient manner. Unfortunately, the non-profit can’t do so without raising money first. As a result, they will run their own initial coin offering starting today. With 138 million coins up for sale, a lot of money can be raised.

“We realized some of the real world problems are that companies have access to traditional engineers, but they don’t necessarily have a crypto background. If you go even further into blockchain, you need an economist or a game theory expert.“The main difference would be that with ethereum or any public blockchains, your data is out there. You can do certain things to obfuscate your data. You could encrypt it. But it won’t matter in 10 years or 20 years.”

Competing with Ethereum is a very ambitious goal for this non-profit organization. While Ethereum is by no means perfect, it has become an established name in the blockchain industry. By rolling out three commercial projects, the team is taking an important first step. A developer-friendly platform is of the utmost importance. Additionally, there will be a marketplace with pre-built smart contracts. Lastly, the company will fund an incubator looking to develop projects on top of this new blockchain.

Tags: Bitcoin Newsdisneydragonchainethereum
TweetShare
BitStarz Player Lands $2,459,124 Record Win! Could you be next big winner? Win up to $1,000,000 in One Spin at CryptoSlots