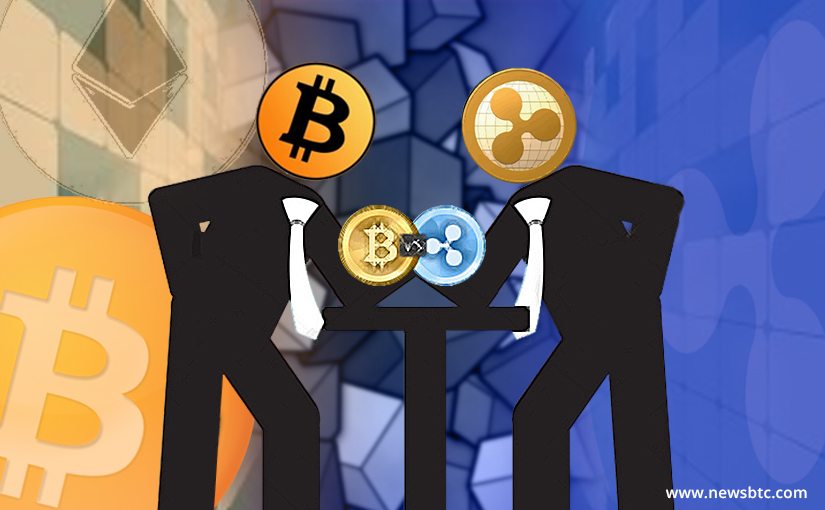 There is still a lot of confusion regarding Ripple and their XRP token. Unlike cryptocurrencies such as Bitcoin and Ethereum, Ripple is not targeting the same market. More specifically, the company wants to make the financial sector more efficient using blockchain technology. Their Consensus ledger has received high praise from various partners over the years. Some people feel XRP may be able to rival Bitcoin and Ethereum in terms of success, even though the three assets are nothing alike whatsoever.

A lot of cryptocurrency users dislike Ripple and XRP, for obvious reasons. Bitcoin and other currencies are designed to rival banks instead of helping them. Many people feel the banking sector has profited long enough without giving anything substantial in return. With a growing global focus on digital solutions, financial institutions have to adapt or risk becoming obsolete. Embracing Bitcoin and Ethereum will most likely not happen anytime soon. That doesn’t mean the banks aren’t keeping tabs on what is going on behind the scenes at Ripple, though.

For some reason, people still assume XRP is a cryptocurrency. It has never been and it never will be advertised as such. XRP is the native asset of the Ripple ecosystem, which can be used to facilitate real-time transactions across national borders. There is no requirement for banks to use this asset, but it can be beneficial to them to at least consider it. The project certainly is making a lot of waves right now. In fact, the company has a lot of support from Asian financial institutions. That support will only keep on growing for the foreseeable future.

Ripple is a Force to be Reckoned With

Revolutionizing the financial sector won’t be easy by any means. The best chance of making it happen is from within the industry itself. This is why Ripple makes a lot more sense to banks compared to Bitcoin and Ethereum. It isn’t a decentralized cryptocurrency by any means. However, their Consensus Ledger this offers a small degree of decentralization through its validator node model. This concept is quite appealing to institutions dealing with cross-border payments on a daily basis. Funds can be moved instantly at very low costs. By using the XRP asset, these costs can be driven down even more. It is perfectly suited for financial transactions, more so than the top cryptocurrencies in their current form.

According to a report on The Street, Ripple is in a prime position to make big things happen. How much of a success that will bring to the company, remains to be determined. The project has a fast consensus model and doesn’t rely on a mining process to generate new coins. At the same time, most of the available supply remains in the hands of the company. Their XRP business model is entwined with the success of the company. One cannot succeed without the other, that much is evident. It is certainly possible we will see this company succeed in the long run. It may even outpace both Bitcoin and Ethereum based on market cap. Only time will tell.