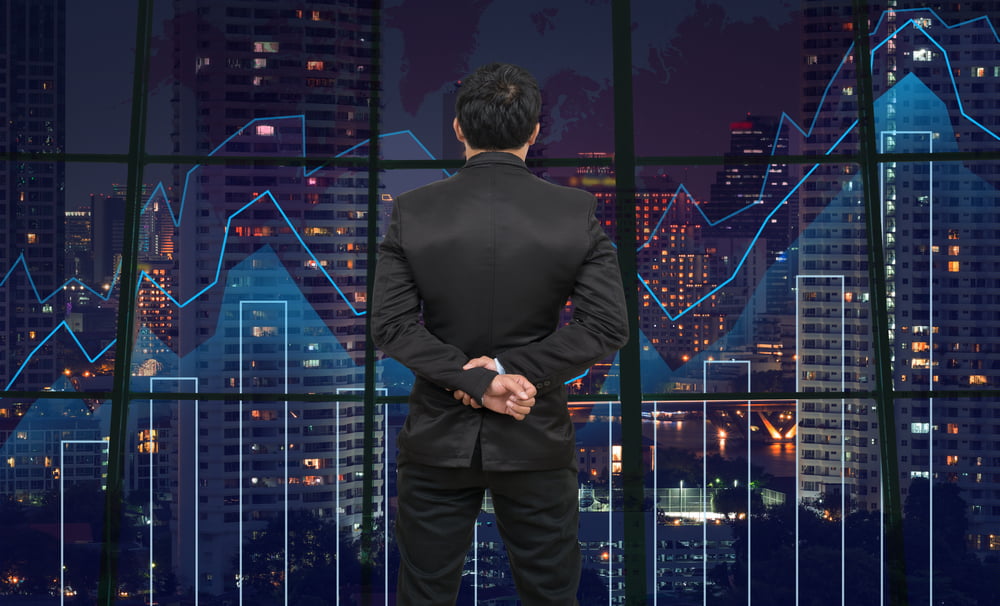 Chainalysis recently released an article titled “Why Bitcoin is Surging and How This Rally Is Different from 2017 (Hint: It’s Who’s Buying).”

The blockchain analytics firm referenced Bitcoin’s amazing run of form, in which the leading cryptocurrency has gained 150% in value since the start of 2020.

A strong last two months has seen the price of BTC crack key resistance levels along the way. Currently, it’s up 3% on the day to $18.2k.

What’s more, technical analysis suggests that staying above this level could spur a rally to $19k.

With the price hovering close to 2017’s all-time high of $20k, it’s natural to draw parallels between then and now.

But Chainalysis believes the underlying market conditions differ when compared to three years ago. Now, the surge in institutional buyers sees a more astute and strategic market.

According to Chainalysis, in 2017, the majority of Bitcoin buyers were retail investors purchasing the cryptocurrency using personal funds.

They say that the spread of cryptocurrency knowledge and experience among those retail investors was wide.

However, 2020 sees a change as mainstream companies and financial institutions are now buying up most of the Bitcoin.

“As anyone who reads the news can tell you, 2020 is the year institutional dollars began flowing into Bitcoin.”

With that comes an uptick in high-value transfers leaving exchanges in 2020. The chart below shows a steady increase of $1 million+ transfers throughout 2020. 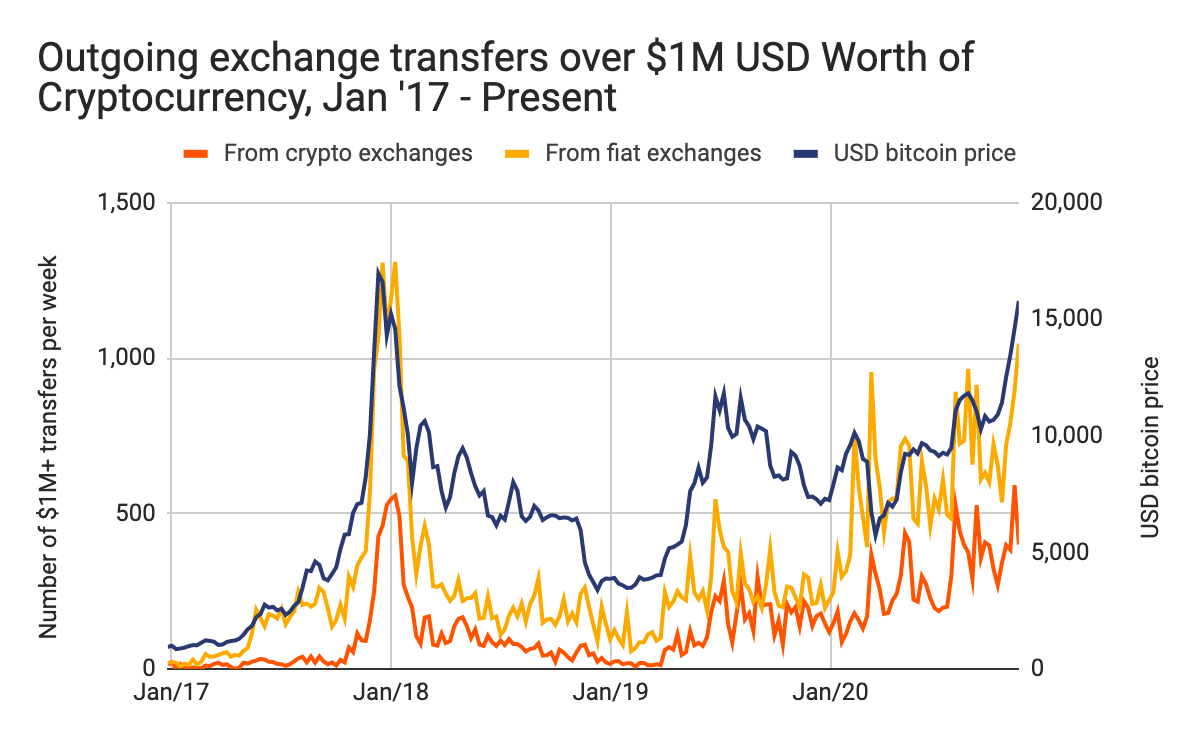 The analytics firm goes on to say that macro uncertainty is the main driver behind this change. With the on-going panic situation, institutions are forced into looking at alternatives, such as Bitcoin, to hedge against deteriorating economic conditions.

Institutions Look to Bitcoin as a Result of Macro Uncertainty

“Back in March and April, it became really apparent, given the monetary policy that was being pursued by the Fed, the incredible quantitative easing they were doing and other central banks were doing, that we were in an unprecedented time…one had to begin to think about how you defend yourself against inflation.”

Tudor Jones isn’t the only one voicing unease with the macro picture. The past few months have seen a cascade of high profile figures lending their support to Bitcoin during these precarious times.

Back in September, Saylor spoke publically about his fear of holding cash, in that, as a cash-rich firm, MicroStrategy’s exposure to inflation was too much of a risk for him.

“First I have a mega, mega, mega problem, and the problem is I have a lot of cash and I’m watching it melt away… [On investors] they’re smarter than I am, I’m not joking, I’m being serious, they are smarter than I am. They knew before I knew that cash is trash, and you’re a fool to sit on the cash.”

By converting that cash into Bitcoin, Saylor said he feels more confident about the future of the firm.