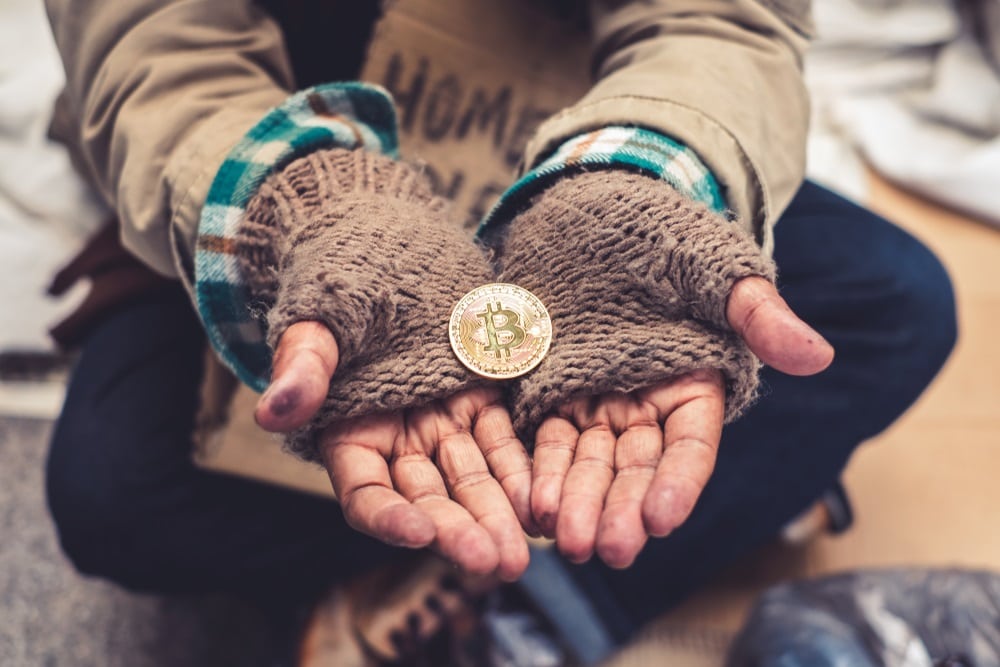 Charities are increasingly accepting of cryptocurrencies as donations. This potentially exposes them to the same level of risks and rewards as those investing in the space.

Thanks to nuances in U.S. tax legislation, many individuals that have been newly enriched by cryptocurrency are favouring making donations to charity in cryptocurrencies.

By giving assets rather than hard cash, donors can get deductions on their tax returns along with the bonus of not having to pay the government for the capital gains made.

The meteoric rise of Bitcoin and other cryptos over the last few years has meant that many individuals are sitting on massive capital gains. The above bonuses incentivises them to donate the digital assets themselves to the charity, rather than converting them to fiat and writing a cheque.

Perhaps the biggest holder of cryptocurrency donations is the Silicon Valley Community Foundation – an organisation that unites donors with various charities.

According to an article in International Business Times, the foundation stated in its annual financial report that it held almost $4.5 billion in digital assets such as Bitcoin and Ether.

A similar group, Fidelity Charitable, also stated that they were receiving increasing amounts of digital currency during 2017. The organisation is currently the number one U.S. charity in terms of the amount it receives in donations each year.

Joining these massive organisations are several smaller charitable groups, along with charities that focus exclusively on cryptocurrency donations.

However, it is not just through direct donations that charities are getting exposure to cryptocurrencies. Some organisations are encouraging people to lend their idle computing power to mine digital assets.

Unicef Australia is one such charity. Their Hopepage allows visitors to mine Monero in their browser with the proceeds going directly to the projects supported by the group. Likewise, Change.org has created a screensaver that mines cryptocurrency for charity when they are away from their computers.

The report in International Business Times warns that these organisations are just as at risk as investors in the emerging asset class. The publication goes on to state that since financial reports are only published once a year, the scale of the damage done by market crashes such as that of 2018 is largely unknown.

There is concern that many charities will have received donations during the latter part of 2017 and, lacking the knowledge of how to turn these into a currency they are more familiar with, have since lost much of the value that their original donors wanted to give.

Despite potential losses, with the strong incentive to give assets and digital currencies as donations, the trend is unlikely to subside anytime soon. This has allowed the likes of Fidelity Charitable and the Silicon Valley Community Foundation to specialise as middlemen between donors and the causes they are aiding – serving as repositories for a range of assets, both digital and otherwise.