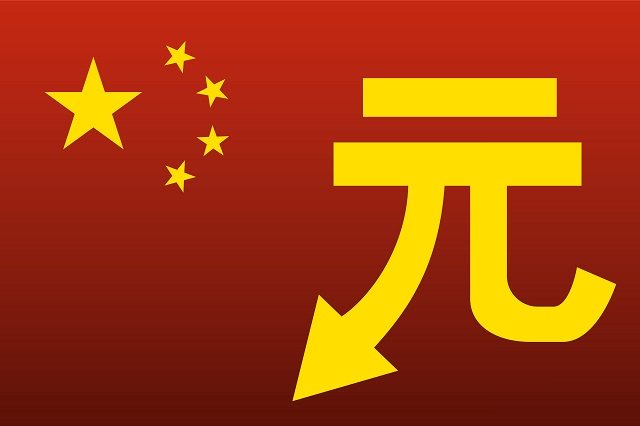 Hardly anyone will be surprised to hear the Chinese Yuan continues its devaluation in the wake of the Brexit. In fact, the Chinese Premier mentioned how the entire global financial could collapse as a result of this outcome. At the same time, this news opens more opportunities for Bitcoin, assuming people are willing to take the risk.

Individuals who have been following financial news over the past few months will have noticed the devaluation of the Yuan. Now that the Brexit referendum did not have a favorable outcome, PBOC devalued the Yuan fixing even further. This 0.9% devaluation marks the biggest downward change since the August 2015 crash. In fact, the currency is at its lowest point since December 2010.

While the global impact of the Brexit can be felt already, this may only be a sign of things to come. Our global economy is very brittle, and any political shakeup can send things in a downward spiral. Moreover, countries which had shown signs of recovery may see stagnation or even decline in the future as well.

It is interesting to note how Chinese Premier Li mentioned that all economies highly depend on each other. This is quite an interesting statement from a nation which has seemingly always abided by its own rules. Then again, the Brexit impact on the Yuan devaluation cannot be denied either.

Economic instability is the last thing our society needs right now. Experts and analysts predicted the UK would remain part of the EU, but they were proven wrong. As a result, they are scrambling to keep losses to a minimum, sending further ripples throughout the global economy. There is no better time than now to look for alternative solutions, by the look of things.

Gold and other precious metals are seeing an influx of investors all of a sudden. Despite losing ground before the Brexit referendum, the gold price has recovered quite well. The devaluation of the Yuan will drive even more investors to alternative markets. Whether or not Bitcoin is one of them, remains to be seen, though.

Unlike other “traditional investments’ Bitcoin operates in an entirely different matter. Short-term gains or losses are not guaranteed, making it less appealing to investors. But that does not mean there are no opportunities for a future Bitcoin price increase either. With the upcoming halving, anything can happen.

Tags: bitcoinbrexitChinese YuanDevaluationgoldNewsOpinion
Tweet123Share196ShareSend
Win up to $1,000,000 in One Spin at CryptoSlots