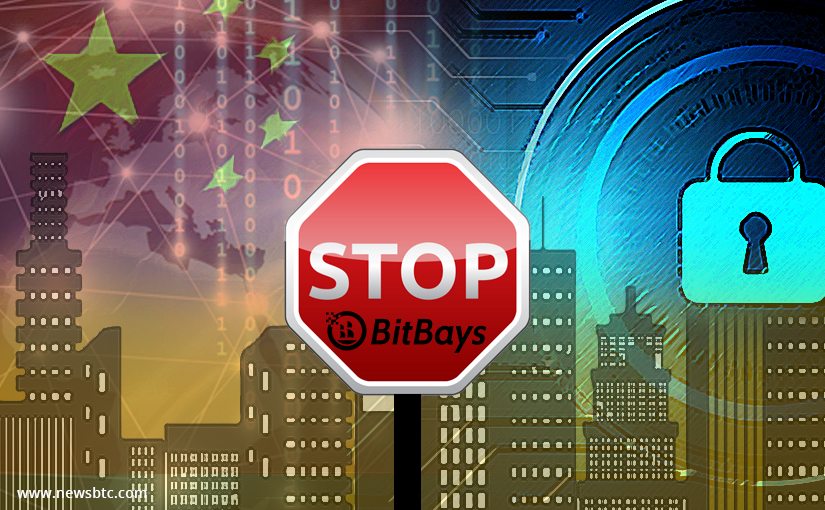 It was to be expected! Few big changes following China’s ICO ban. Although the main focus is on initial coin offerings, exchanges also feel the heat. BitBays, a British-registered company, is shutting down their Bi Bei Wang digital sets exchange in the country. This is only one of the first victims of this new regulation, by the look of things.

It is quite interesting to learn a British company has an asset exchange in China. Although very few people seemingly know of BitBays, their Bi Bei Wang platform has become pretty popular lately. This is mostly due to them trading various digital assets. Unfortunately, the government is cracking down on ICOs, which forces some changes. As a result, Bi Bei Wang will be shut down and services are migrated to MixCoins.

A Pre-emptive Decision by BitBays

Given this new regulation, it is only normal some companies take this course of action. Although this is a preemptive step and not an official requirement by the PBoC, the decision makes a lot of sense. Any blockchain project based out of China can no longer look for investors in the mainland. This also means smaller digital asset exchanges may face struggles along the way. It wouldn’t be surprising if other exchanges of this type pull away from China until the dust settles. After all, users can still trade on the MixCoins platform, which is operated by the same time.

What is peculiar about MixCoins is how they will not serve Chinese customers moving forward. More specifically, they are enforcing that there will be no Chinese clients whatsoever. It is unclear how the company hopes to achieve this right now. For the time being, Chinese users can log in through BitBays and see their funds. All other functionality has been suspended, other than fund withdrawals. There will be a deadline to move funds out, though, which makes time of the essence in this regard.

Last but not least, BitBays is fully compliant with FATCA, FinCEN, and MSB. This pre-emptive decision to halt operations in China is their best course of action. The name BitBays will no longer be used either. It is unclear what will happen to the Bi Bei Wang name in the future. The service may relaunch in the future, although that has not been confirmed at this point. Operating a legal platform in China right now requires a lot of time and funding. For most companies, it may not be worth the effort.

BitStarz Player Lands $2,459,124 Record Win! Could you be next big winner?
Get 110 USDT Futures Bonus for FREE!
Tags: BitBaysbitcoinchinaICO Ban
Tweet123Share196ShareSend
Win up to $1,000,000 in One Spin at CryptoSlots