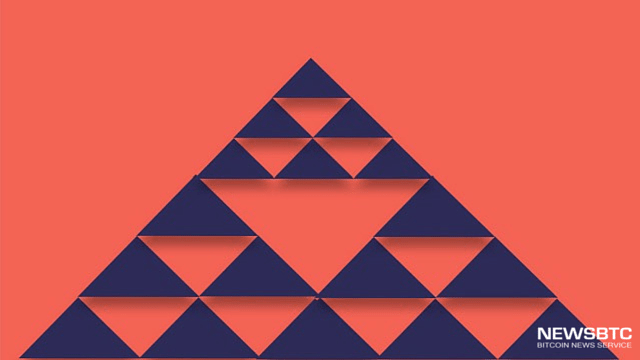 Bitcoin has worn many different labels throughout the years, ranging from “fake internet money” to ‘ponzi scheme” and various other not-so-nice things. The Chinese government warned the public about the MMM Global Ponzi scheme that accepts Bitcoin payments, in an attempt to ensure consumer funds is kept safe from harm at all times. Such risky investments should be avoided at all costs, and this warning is a positive sign for Bitcoin itself.

Anyone who is active on social media may have noticed a strong influx of posts related to this new “money making program” called MMM Global. As the name suggest, this is a scheme through which users have to complete daily tasks to earn money, and they will be paid a small percentage of their referral’s earnings as well. Due to this incentive, the MMM Global project has seen tremendous international growth, luring in unsuspecting investors hoping to make a nice profit.

This warning issued by the Chinese government relates to the Chinese arm of MMM Global, and its founder, Sergei Mavrodi. Even though this marketing scheme is actively looking for investments in China, the company itself is registered in Russia. As a result, Chinese police and government officials have no jurisdiction over the website, and they can only issue stark warnings about the risks associated with MMM Global.

MMM Global has the look and feel of a pure pyramid scheme, as it will only keep paying out for as long as new member funds keep flowing in. Under Chinese law, these types of pyramid schemes are prohibited, although there is very little officials can do about it. Just a few days ago, the Chinese government announced how they are looking into an undisclosed amount of funds funneled from China to a different country through the MMM Global scheme.

As is usually the case with online pyramid schemes such as MMM Global, there are a lot of people who fall for these impossible promises. In fact, all it takes for users to start earning money is to complete one task per day. This does not even require MMM Global users to make a purchase, as they only need to post on social media or various other websites about their experiences with the program, and relevant hashtags.

Keeping in mind how MMM Global operates in 107 countries around the world, it comes as no surprise over 130 million people have invested in this pyramid scheme so far.  Regardless of how small or large, the investment amounts are, there is no legitimate way for users to earn up to 100% additional revenue in thirty days by completing one web task per day.

Some people might be wondering how Bitcoin ties into all of this, and the answer is very simple: MMM Global accepts Bitcoin payments for deposits. Anyone in the world can join this pyramid scheme by making a Bitcoin deposit of US$10 or more. Withdrawing funds can be done in Bitcoin as well, although the system makes mention of a bank account or credit card only. Bitcoin users are advised to steer away from this platform, as the chances of getting one’s money back are slim to none.

Speaking of withdrawals, MMM Global has been facing some issues throughout December 2015 and January 2016 so far. Several investor accounts have been frozen throughout December, and all previous withdrawal requests had been canceled without prior warning. According to the explanation given by the company, the interest rates would be calculated differently from that point forward.

Furthermore, Caixin reports how several investors were still not able to log into their accounts as of yesterday, causing quite a bit of panic. While it is clear for anyone to see MMM Global is a Ponzi scheme waiting to collapse any moment now, a lot of people are still looking for ways to get their funds out before that happens.

These types of Ponzi schemes are running rampant in China for many years now, but law enforcement can offer very little help regarding these matters. As most of these companies are not even registered in China, there is nothing that can be done when an investor loses his or her funds. Especially not where Bitcoin is concerned, as the digital currency operates beyond the control of banks and governments all over the world.

No Negative Impact on Bitcoin

Some people might see this warning by the Chinese government as another way to downplay the success of Bitcoin. But at the same time, the government is warning people about this Ponzi scheme, which is taking deposits in fiat currency, credit card, or Bitcoin, without as much as mentioning the latter.

Depending on whom you pose the question to, some people might argue the recent Bitcoin price increase was due to a lot of people buying into MMM Global with Bitcoin. Although there is no evidence whatsoever to back that claim, it is a possibility nonetheless. If this were to be the case, it would have no effect on Bitcoin itself as the MMM Global pyramid scheme is not openly advertising their acceptance of the digital currency.