Cigars and Benches: the way to Bitcoin rewards 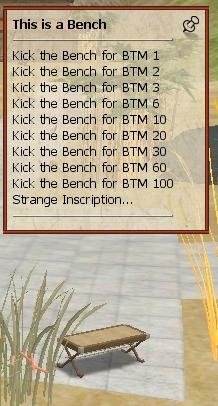 At Dragons.tl, win bitcoin rewards even when taking a break to relax!

The popular MMORPG casino platform rewards its players with bitcoins even to just sit on a nearby bench or to light up a smoke.

So every time a player buys a cigar from humidor in Dragons.tl, they get the chance to earn rewards out of the cigar smoke. Whenever a player decides to celebrate a win with cigars, they further get a chance to win more. And it is not just the player with the cigar but also the people standing around that benefit from the cigar smoke.

The people around a player smoking a cigar can make money by simply taking the ‘whiffs’ of the cigar smoke. This option to passively earn money is really interesting.

But the most interesting feature by far is that it offers its players, a 1 in 50 chance to win a real cigar. Dragons.tl has introduced four new types of cigar which can win you a real life cigar that will be shipped to you in the mail.

Similarly, the game called Bench Kicking offers rewards to simply sit on the benches seen around in Dragons.tl. It is purely a luck based game and gives you money for doing absolutely nothing. Fair enough!

Dragonst.tl owes its popularity to the myriad unique features and games it offers. The diversity of the games not just entertains but also profit the players. It offers many other games like Cigar Smoking with their own unique set of features. If you’re interested in knowing more about them, please go through this link.