Once again, analysts have begun to flip bullish on Bitcoin (BTC), citing fundamental and technical factors to back their cheery sentiment. Though, not everyone is convinced that the cryptocurrency market is poised to see upside.

Each week, the Chicago Mercantile Exchange (CME) releases a “Commitment of Traders” Report, in which the exchange reveals position data supplied by reporting firms. As there is a Bitcoin futures contract on the CME, the COT report applies to BTC.

According to the latest data (shared by crypto data and news Telegram channel “Unfolded”), institutional traders — hedge funds, money managers, etc. — are still overwhelmingly net short on BTC, with an aggregate position of -1,250 BTC — the lowest this metric has seen in over a year, potentially ever. This means that institutional traders as a class are still rather bearish on Bitcoin and the rest of the cryptocurrency market. 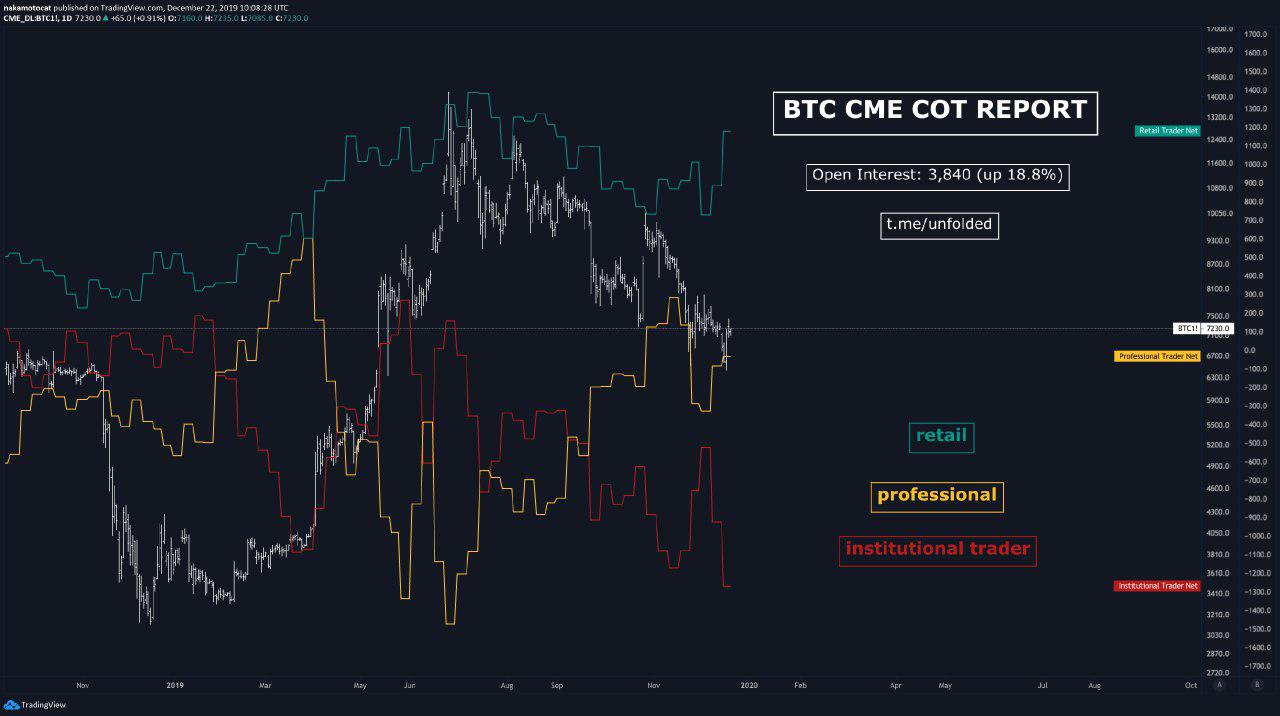 While some are doubtful of the track record of institutional traders, there is evidence to suggest that such players have an understanding of Bitcoin’s trajectory. Per previous reports from NewsBTC, prominent crypto trader and developer Romano remarked that when Bakkt launched, futures data suggested that institutions were not short.

Of course, Bitcoin crashed in the days that followed. This, he claims, is a sign that institutions “have a good track record for the right directional trade.”

While institutions are hesitant, there are signs that a bull case is building.

Dave the Wave, the trader that called the move to the $6,000s months ago. Dave remarked that he expects Bitcoin’s one-week Moving Average Convergence Divergence (MACD) indicator to turn upward, which will kick off the next round of growth in the BTC market.

Mike McGlone, the senior commodities strategist for Bloomberg Intelligence, recently made the assertion that Bitcoin has a higher likelihood of surging 40% to $10,000 than falling by 30% to $5,000 in 2020, arguing that BTC is entering a consolidating bull market phase, marked by a tightening in moving averages. McGlone looked to two trends: 1) gold’s strength should aid Bitcoin, and 2) growing cryptocurrency adoption coupled with the Bitcoin halving should drive prices higher by simple supply-demand economics.

Tags: bitcoinCMEcryptocurrencyfuturesmarket
Tweet123Share216ShareSend
Win up to $1,000,000 in One Spin at CryptoSlots