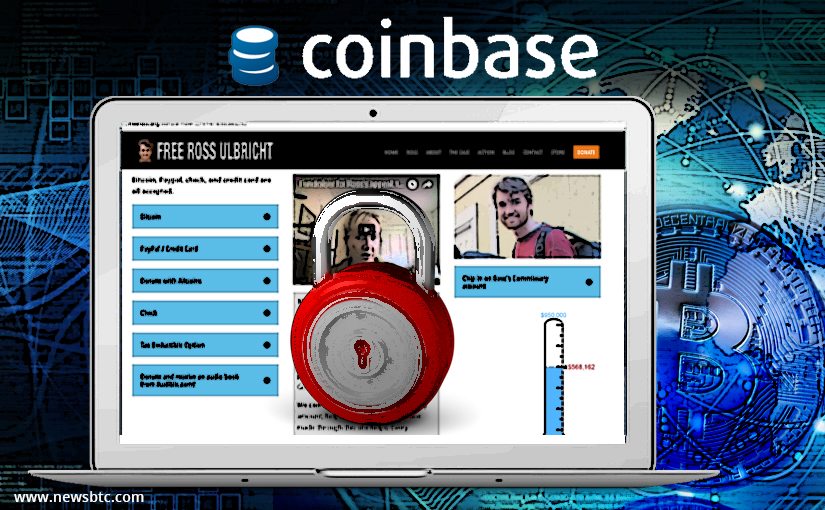 The year 2017 has not been overly kind to the Coinbase exchange platform. Multiple outages and delayed transactions have caused a lot of friction between company and customers. It now appears the company froze the Free Ross Ulbricht account as well for some unknown reason. As a result, 16.5 BTC is trapped in limbo, which would have been used to pay for Ross’ defense lawyers. So far, Coinbase has not issued any response.

It is quite disconcerting to see Coinbase randomly close accounts. Although the company reserves the right to do so, it should only be seen as a last-resort approach. For some unknown reason, this particular account containing 16.5 Bitcoin was disabled. This Coinbase account belongs to the Free Ross campaign. All of the money donated to this account is used to pay fro Ross Ulbricht’s defense lawyers.

What is Coinbase Trying to do Here?

It appears these issues have been going on for nearly 24 hours now. So far, Coinbase hasn’t issued an official response regarding this matter. Rest assured the Bitcoin community is not too happy about this course of action. As soon as the account received 16.5 Bitcoin about a day ago, it was promptly disabled. No one knows why this happened or how it can be resolved in a timely manner.

.@Coinbase disabled the #FreeRoss account after receiving 16.5 #Bitcoin this morning. We need that for Ross' defense.

Coinbase is not making a great name for itself by taking these strange actions. The company is in the process of raising more funding, but negative PR will not increase their chances of success. The Ross Ulbricht defense is mainly funded by Bitcoin enthusiasts. Freezing those assets as a Bitcoin company is never a good idea, regardless of the reasoning behind it. Not issuing an official explanation is not helping Coinbase either at this point.

It is rather interesting how this news comes on the heels of Coinbase adding Kathryn Haun to the board of directors. Haun is one of the prosecutors involved in the Ross Ulbricht case Although she never prosecuted Ross, she was involved in going after the corrupt secret service agents. Less than 48 hours after this appointment, the company freezes funds belonging to the Ross Ulbricht defense fund. Perhaps it is a coincidence, although some people will certainly feel differently about it.

Get 110 USDT Futures Bonus for FREE!
Tags: bitcoinBitcoin Newscoinbaseross ulbricht
Tweet123Share196ShareSend
BitStarz Player Lands $2,459,124 Record Win! Could you be next big winner? Win up to $1,000,000 in One Spin at CryptoSlots