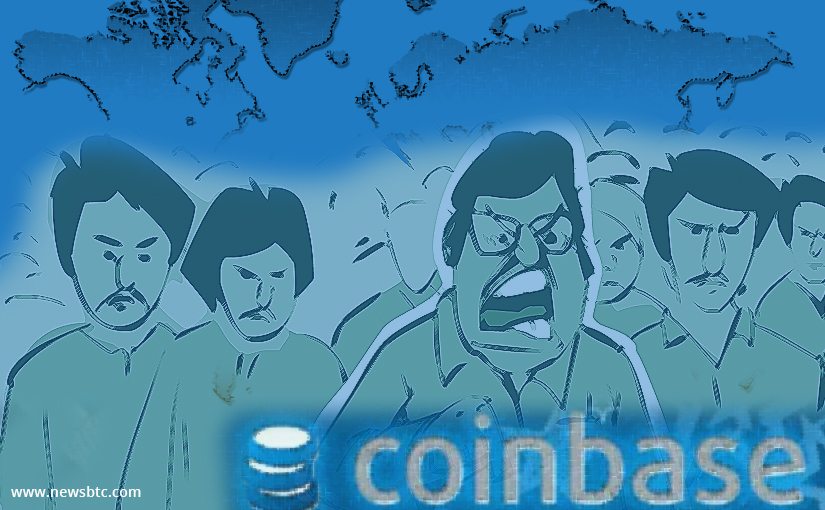 More and More Coinbase Users Complain About Issues and Shortcomings

No one will ever claim operating a cryptocurrency exchange is easy. There are many different factors to take into account at all times. Licensing, security, and marketing are just a few of those factors. For the Coinbase exchange, unfortunately, it appears they face major backlash these days. With the number of customer complaints going up ever so slightly, things aren’t looking great. This mounting criticism will hurt the company’s reputation unless it is addressed quickly.

It has to be said, Coinbase has had a pretty solid year so far. The amount of new customers is absolutely staggering. It also brings forth a set of new issues, to say the least. More users mean more issues and more complaints. Unfortunately for the company, the number of complaints is going up exponentially. A new report from LendEDU shows as much. With 288 complaints in 2017 so far, things aren’t looking good. In fact, that translates to around 1 recorded complaint per day.

Considering how Coinbase had 7 complaints throughout 2016, this growth isn’t good. It is the only negative number one can attribute to Coinbase growth so far, though. Then again, they have had big issues with payment gateways and even Bitcoin transactions on multiple occasions. If people can’t access their money properly, they will complain. It is one of the major downsides about dealing with cryptocurrency exchanges. They are custodians of your funds, which also means they have control over it. Solving all of these issues will be a big challenge for Coinbase, that much is evident.

Luckily, the company recently secured additional funding to make that happen. With $100m in fresh funding, customer support issues are their number one priority. How this will be solved, remains to be determined. Increasing the number of customer support representatives is one way of doing so. Then again, those people can’t solve payment or Bitcoin issues directly most of the time. The unprecedented user growth is taxing the current infrastructure, that much is evident. Plus, other exchanges suffer from similar issues for far longer.

It is obvious cryptocurrency companies will see more growing pains. With the growing interest in cryptocurrency, that isn’t surprising. A lot of people are very new to cryptocurrency and the concept of exchanges. It is normal they have lots of questions and experiences that may not necessarily seem ‘normal” to them.  Then again, it’s also up to Coinbase to enhance their services wherever possible. Introducing backup payment gateways for card payments would be a smart decision. It will be interesting to see how things play out for the company.

Get 110 USDT Futures Bonus for FREE!
Tags: Bitcoin NewscoinbasecomplaintsGrowht
Tweet123Share196ShareSend
BitStarz Player Lands $2,459,124 Record Win! Could you be next big winner? Win up to $1,000,000 in One Spin at CryptoSlots