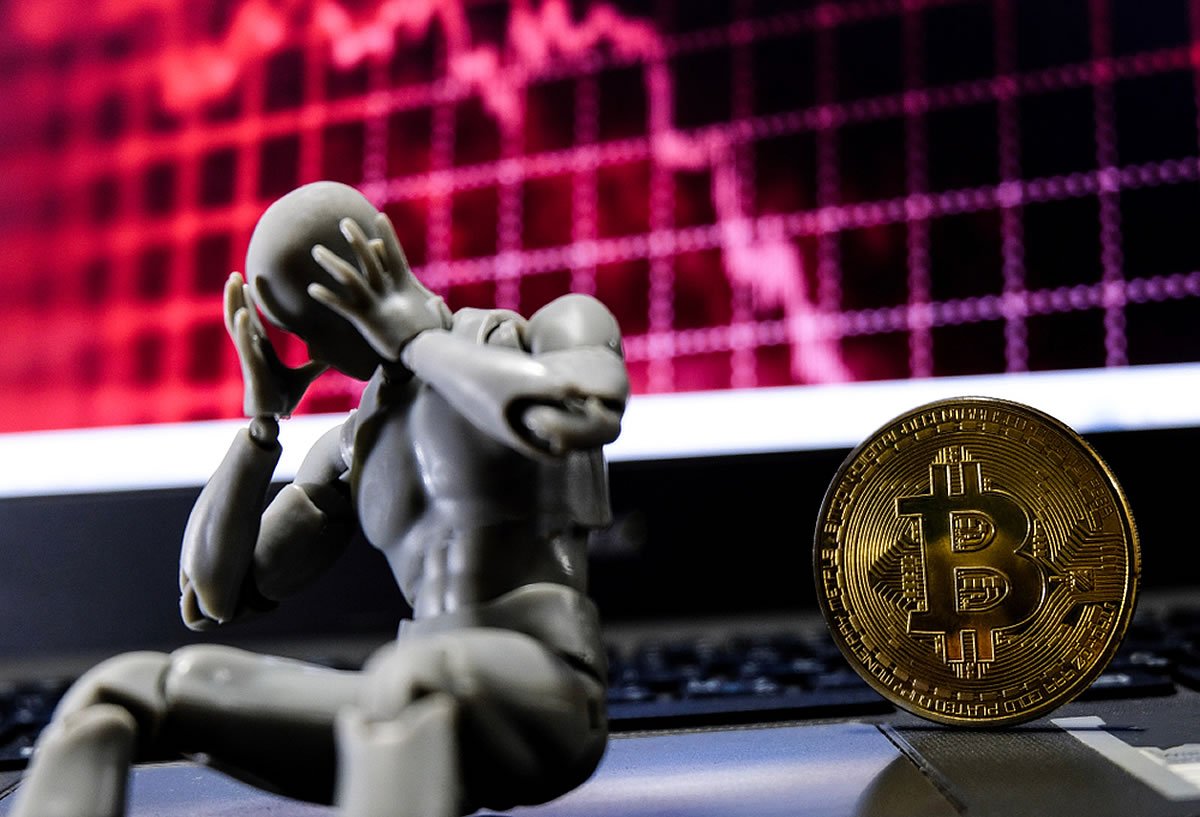 The jaws of crypto investors fell to the floor on Wednesday, as cryptocurrencies, such as Bitcoin, Ether, and XRP, plummeted to establish new year-to-date lows. Although some cynics feared this rapid bout of capitulation for months, for many investors, this strong sell-side pressure, which saw BTC fall under $5,800, came straight out of left field.

To bring clarity to the precarious market conditions, CNBC Fast Money rebooted its crypto segment, which was on a multi-week hiatus, to subsequently call on Meltem Demirors to make a guest appearance.

Crytpo's market crash could be the beginning of something bigger. @Melt_Dem says #crypto is in a financial crisis. pic.twitter.com/xBjikNwfth

Recent Bitcoin Crash Was A Result Of Institutions “Deleveraging”

Demirors, who currently acts as Coinshares’ chief strategy officer, first drew attention to the multi-month non-action in crypto markets, highlighting BTC’s stability and failure to trade out of a range. She explained that this lack of volatility, coupled with a “number of events,” was likely the catalyst that led to this strong sell-off, which shaved upwards of $20 billion off the aggregate value of all digital assets.

The most notable of these events, as Demirors speculated, was institutions and crypto-friendly hedge funds deleveraging their positions, or in other words, liquidating a portion of their cryptocurrency holdings. She added that Bitcoin Cash’s impending fork, which is slated to occur on Thursday, may have catalyzed wonky behavior in the market, likely referencing BTC’s peculiar price action during the original Bitcoin Cash hard fork on August 1st, 2017.

Although her statements painted a dark picture for the cryptocurrency ecosystem, Demirors explained that the arrival of Bakkt’s physically-backed Bitcoin futures in December, along with the subsequent launch of Fidelity’s digital asset subsidiary, may be beneficial for crypto over the long haul.

Still, the Digital Currency Group’s former vice president went on to note that Bitcoin is in a “financial crisis,” while altcoins are in a “liquidity crisis.” The latter situation, in Demirors’ eyes, is arguably worse, as she went on to point out that altcoin pairs have seen close-to-zero activity. Moreover, she added that the war chests of projects have begun to empty en-masse, indicating that a further sell-off for altcoins could be in the pipes as startups seek to cut costs, fire employees, and liquidate their crypto holdings.

Although startups will make moves to stay afloat, unfortunately, the Coinshares executive noted that due to crypto being a “speculator’s game,” a number of altcoins will eventually collapse to $0.

Interestingly, Demirors’ comments are somewhat coherent with the sentiment she put forth in her previous guest segments on Fast Money’s panel. In mid-August, the Coinshares executive alluded to the fact that crypto isn’t poised for a bull run. She first likened this industry to the Internet’s nascent years, before claiming that “new technologies that shift the paradigm,” such as cryptocurrencies and blockchain technologies, are neither fully understood nor adopted overnight.

Related Reading: Crypto Prices Have Nosedived, But There Could Be a Silver Lining

Regardless, at the time and during her most recent CNBC appearance, Demirors maintained that she sees long-term potential for this innovation. The industry insider previously explained that cryptocurrencies have a potential for a substantial move to the upside, drawing attention to Bitcoin’s prospects of replacing M1 and M2 (global money supply) and Ethereum’s ability to usurp the global market for computing capacity.

Tags: bitcoinCNBC Fast MoneycryptomarketMeltem Demirors
Tweet123Share229ShareSend
BitStarz Player Lands $2,459,124 Record Win! Could you be next big winner? Win up to $1,000,000 in One Spin at CryptoSlots