Colombia: No Plans to Recognize BTC as a Currency – Govt Official 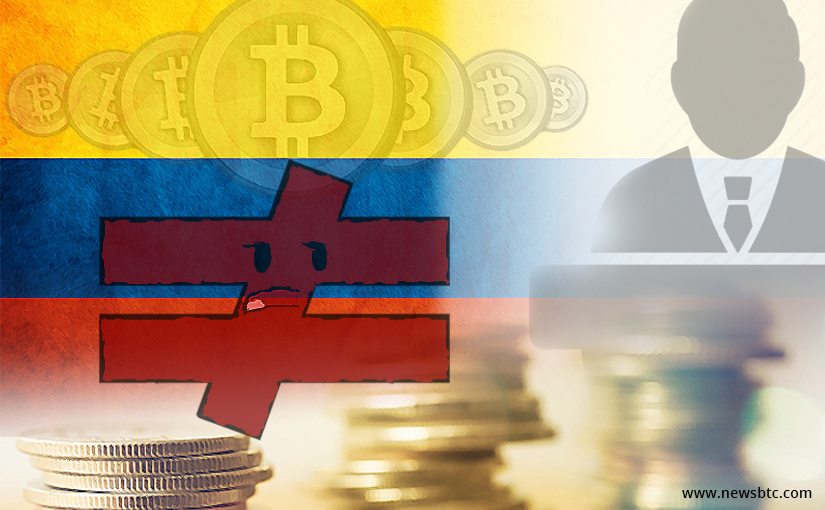 A lot of countries are looking at regulating Bitcoin. That is no surprise since Bitcoin will not go away anytime soon. This situation is rather complicated in a lot of regions right now, though. Colombia is one of those regions where cryptocurrency is not legal tender, nor is it illegal to use. A government official clarified the situation earlier this week.

A lot of consumers shy away from Bitcoin due to a lack of regulation.  For a currency not issued by a bank or the government, that is not surprising. The legal status of Bitcoin is a big question in nearly every country around the world. Colombia is one of those countries, although one of its officials recently clarified a few things. The positive news is how Colombia has no plans to make Bitcoin illegal anytime soon. Nor could they do so, to begin with, since governments can control or prohibit cryptocurrency.

However, we do know Bitcoin is not a currency in Colombia. According to Jorge Gutierrez, that situation will not change anytime soon. The local Financial Superintendency has no plans to recognize cryptocurrencies right now. The only monetary unit of the country is issued by the central bank. Bitcoin can’t be considered a currency of Colombia, but it is not illegal to use either. This won’t help clarify things all that much for the average person on the street, though.

Digital currencies are not securities in Colombia either. The existing regulation confirms cryptocurrencies have no value under Law 964. In a way, this makes Bitcoin and consorts “invalid” investments. This could become a problem for cryptocurrency exchanges operating in Colombia, though. Then again, those operations are allowed, for the time being, without a requirement for specific licenses.

Similar to most countries, Colombia feels Bitcoin is an unauthorized form of money. Unauthorized is not the same as illegal, though. Anyone getting involved with cryptocurrency can’t rely on help from the government if things go awry. This warning has more to do with the growing number of Bitcoin scams in the country. It is evident the government wants to warn people about the risks. It would be nice to see them recognize Bitcoin as legal tender, but that won’t happen anytime soon.