Could 2020 be the Year of Bitcoin Purchased Frappuccinos? One Venture Capitalist Believes So 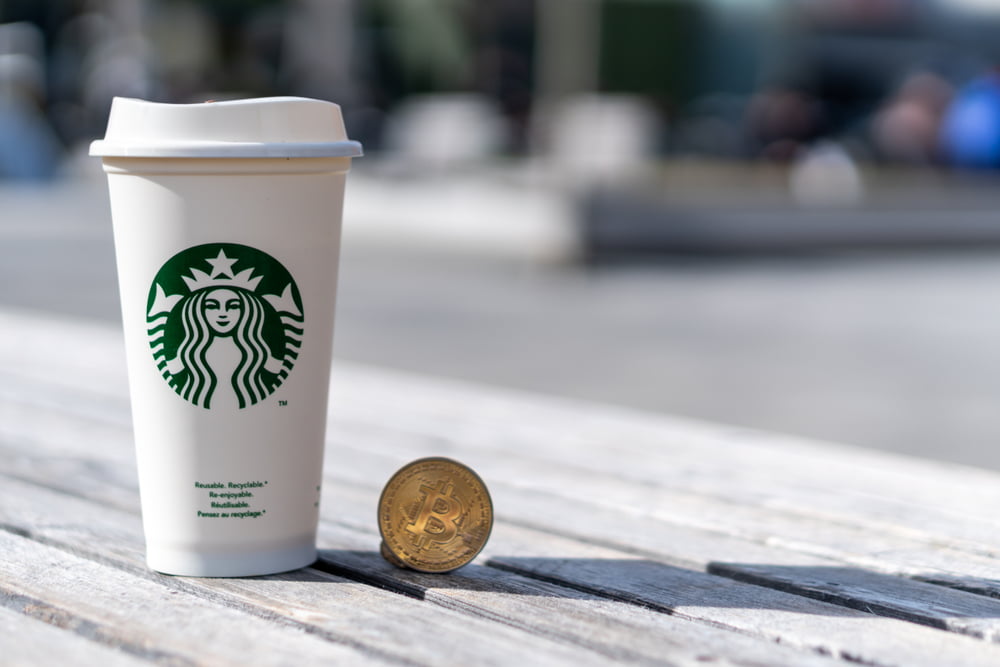 Analysts and investors alike widely believe that increased adoption of cryptocurrencies, like Bitcoin, will help drive their price higher while also providing more stability to the nascent markets. Despite the persisting crypto bear market, over the past year there have been multiple advancements in the industry that will likely lead to increased adoption down the road.

Now, one prominent venture capitalist is claiming that he believes one of the first widespread consumer uses of Bitcoin will be to pay for user’s daily coffee habit at Starbucks – the largest coffee chain in the world.

Starbucks has always prided themselves as being ahead the curve in adopting new technologies that enhance their customer’s coffee purchasing experience. They were one of the first major chains to introduce payments via a mobile app, and also led the mobile ordering charge that has since swept across multiple industries and companies.

Naturally, it seems, adopting cryptocurrencies as a form of payment would be the next step in a natural technological evolution that allows the coffee giant to maintain their position as technologically savvy innovators.

Last year, rumors swirled throughout the crypto community that Starbucks would be allowing customers to pay for their coffee or food through a partnership with the up-and-coming cryptocurrency platform Bakkt.

Despite this, much to the dismay of crypto enthusiasts, it has since been reported that the partnership will not allow for customers to pay directly with Bitcoin, as their crypto will be converted to fiat prior to them making the purchase.

Will Paying for Coffee with Bitcoin Become a Normal Thing by 2020?

Tim Draper, a notable (and controversial) venture capitalist, recently explained in an interview that he believes paying for Starbucks coffee with Bitcoin will become a usual occurrence.

“I think when you go to Starbucks to buy a cup of coffee, and you try to pay with dollars, they will laugh at you because you are not using bitcoin or other cryptocurrency… They’ll laugh at you – it will be like the old lady paying out with pennies,” Draper explained during a recent podcast with NBC Bay Area.

Draper further lauded Bitcoin as a technological innovation, noting that it is one of the “greatest” that the world has ever seen, and that it will likely lead to a bigger societal change than anyone could have imagined.

“This is one of the greatest technological advances that humanity has ever seen… and it can make a bigger change in society than any of us ever imagined,” he notably exclaimed.

Assuming that Bitcoin does become a typical means of payment in the near-future, its price would clearly reflect this, and Draper believes that increased adoption rates could lead its price to skyrocket towards $250k by 2022.