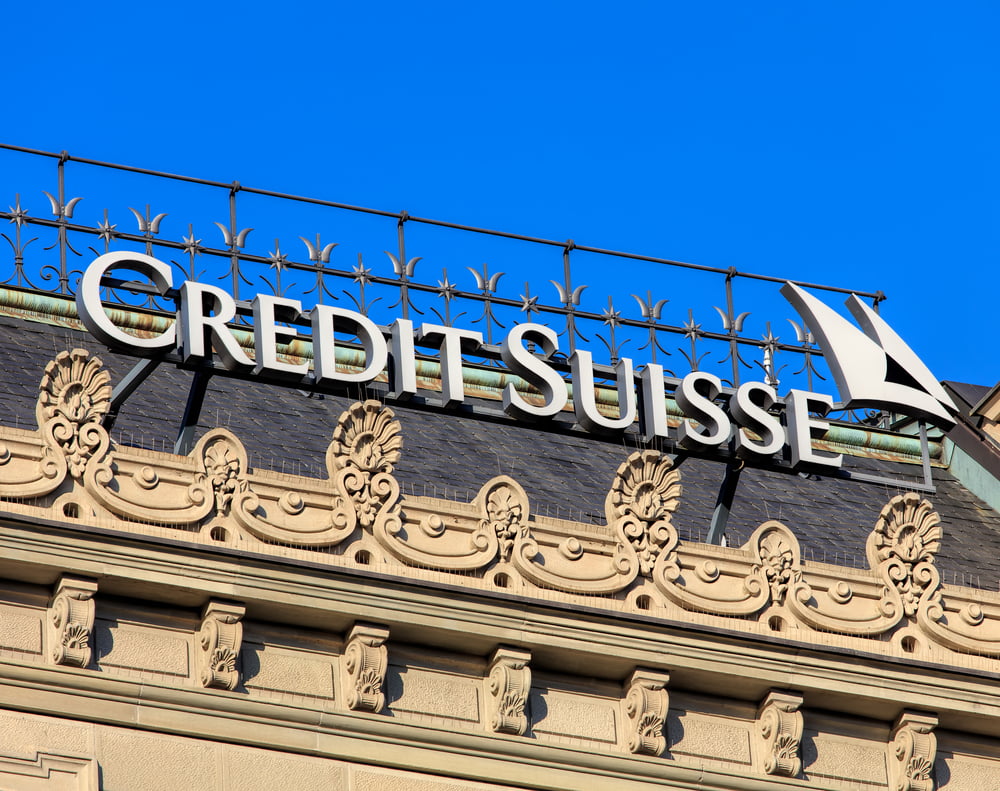 Blockchain, the innovative distributed data storage method backing almost all of the more than 2,000 crypto assets existing today, has been often touted as a way to drastically improve the efficiency of traditional banking. However, according to the Head of Digital Market Assets at Credit Suisse, the uptake of the technology has been slower than many might have expected due to the “culture” surrounding banking.

Decades after the internet revolutionised how we as a species share information, the current state of banking looks tragically dated in 2019. With the very real threat to traditional banking posed by crypto assets growing each year, Emmanuel Aidoo, of Credit Suisse, believes that 2019 will see an uptake of financial institutions using blockchain technology to improve their services.

According to a report in Business Insider, Emmanuel Aidoo, the head of digital market assets at Credit Suisse, has stated it is banking culture that has so far slowed the adoption of blockchain technology in the financial industry. He said:

“What is preventing the banking industry from rushing into it? I think it’s mostly culture… I think the tipping point is about having an entrepreneurial culture, a willingness to push people to keep asking why.”

Reading between the lines slightly, it appears that Aidoo is referencing a widespread acceptance of the status quo within banking circles. For an industry that faces direct competition from mobile bank-like services, such as Square and Venmo, as well as the rise of crypto assets like Bitcoin and Ether, not moving with the times in such a way could prove very dangerous indeed.

Naturally, banking struggles to innovate at anywhere near the same pace as the digital asset industry. Being entirely centralised, ways to increase banking efficiency must come from above. The sheer number of developers working on Bitcoin, Ethereum, and other decentralised payment platforms around the world make for potential innovation that cannot be matched by these financial institutions. This concept is illustrated in the following rather lengthy video by Bitcoin evangelist Andreas Antonopoulos:

Aidoo continued to highlight the current stagnation in the banking industry and how it risked being left being by financial innovation occurring in less traditional avenues such as crypto:

“That is really important for companies to have people who challenge themselves to ask questions about the status quo… These are people who focus on change, not change for change’s sake, but an honest reflection for why we do things — can we do things better.”

The Credit Suisse head did go on to state that he believes that 2019 will be the year that blockchain technology finally makes it into the banking industry in a big way. Already initiatives such a JPM Coin – a permissioned blockchain-based system that offers almost none of the true innovation of Bitcoin and other crypto assets – highlights that the industry is starting to explore the technology. However, very few real-world examples are actually live according to Aidoo.

Ultimately, the slow movement of the banking industry could be a massive boon for crypto. If banks continue to fall behind in terms of the service they can offer versus leading cryptocurrencies, the market will eventually render them obsolete by choosing to favouring these non-traditional value transfer services over more traditional banking ones.

Tags: bankingblockchaincredit suisse
TweetShare101
BitStarz Player Lands $2,459,124 Record Win! Could you be next big winner? Win up to $1,000,000 in One Spin at CryptoSlots