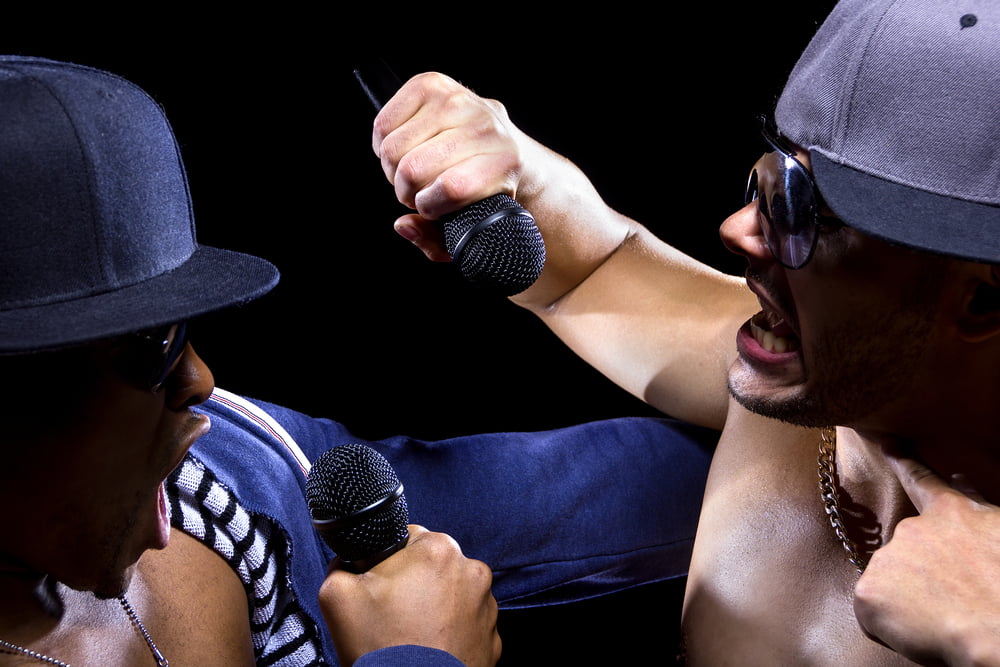 An entrepreneur, investor, and crypto asset enthusiast has produced a music video intended to get people talking about digital asset use. The video pits the original “bankster” Alexander Hamilton versus Satoshi Nakamoto in a rap battle inspired by the work of Lin-Manuel Miranda’s role in the hit musical “Hamilton”.

Individuals from the cryptocurrency industry have received the “Bitcoin Rap Battle” positively on the whole. Its creator, Reid Hoffman, has spoken about the reasoning behind his efforts, arguing that a rap battle represents an ideal medium through which to conduct a debate.

Why is a Rap Battle a Suitable Vehicle for the Crypto Versus Fiat Debate?

Reid Hoffman, one of LinkedIn’s co-founders and an investor in both Blockstream and Coinbase, published his reasoning for creating the “Bitcoin Rap Battle Debate: Hamilton vs. Satoshi” via a post on LinkedIn earlier today.

He writes that the track was produced in the interest of promoting “spirited debate” between advocates of traditional “centralized currencies” (represented by Founding Father and major contributor to the central banking blueprint, Alexander Hamilton) and cryptocurrency proponents (represented by a man apparently representing the Bitcoin creator Satoshi Nakamoto). Despite Nakamoto being portrayed by one man, the track does point out that no one knows the true identity of Nakamoto and notes that even a “hologram” might be the godfather of cryptocurrency.

Hoffman states that he wanted to explore the debate through a rap battle because it provides a perfect platform to express opposing viewpoints. The entrepreneur writes that since the outcome of a rap battle depends on each participant’s wordplay, phrasings, and the wittiness of their arguments, listeners must pay close attention to what’s being said:

“… battle raps are won and lost based on who presents ideas and arguments in the most clever, funny, and linguistically creative ways, participants and listeners alike pay close attention to what’s being said.”

This stands at odds with more typical forms of debate, often characterised by stubborn participants interested only in their own opinions whilst believing the best way to deliver them is by shouting over the opposition. Hoffman says he wants the video to get more people talking about the cryptocurrency and its potential role in future global finance.

As mentioned, opinions about the “Bitcoin Rap Battle Debate: Hamilton vs. Satoshi” have been generally positive. Self-confessed cypherpunk coder Joshua J. Bouw commented that he would use the track as a primer to help him explain Bitcoin to those not already in the know. Meanwhile, the likes of Charlie Lee, Adam Back, and Wences Casares were clearly supportive enough of the project to make cameos in the video itself.

The main stars of the video are EpicLLOYD (of Epic Rap Battles) playing Hamilton, Timothy DeLaGhetto as Nakamoto, and the lyricist Gift of Gab as battle host. The video’s creator also acknowledges the musical “Hamilton”, with its rapped sections, and particularly lead actor Lin-Manuel Miranda as inspiration for the rap battle.

Even individuals not traditionally associated with the world of crypto assets have commented on the video. Robert Hackett, a senior contributor at Fortune Magazine, described it as “delightful” and Hollywood A-lister and known digital currency proponent Ashton Kutcher also Tweeted his amusement at the track:

Anyway, check out “Bitcoin Rap Battle Debate: Hamilton vs. Satoshi” below. We definitely prefer it to some other efforts to deal with the subject of crypto through the medium of rap music.

Tags: bitcoinfiat currencyRap battle
TweetShare19
BitStarz Player Lands $2,459,124 Record Win! Could you be next big winner? Win up to $1,000,000 in One Spin at CryptoSlots