Are Crypto Miners Responsible for a Shortage in AMD GPUs Worldwide? 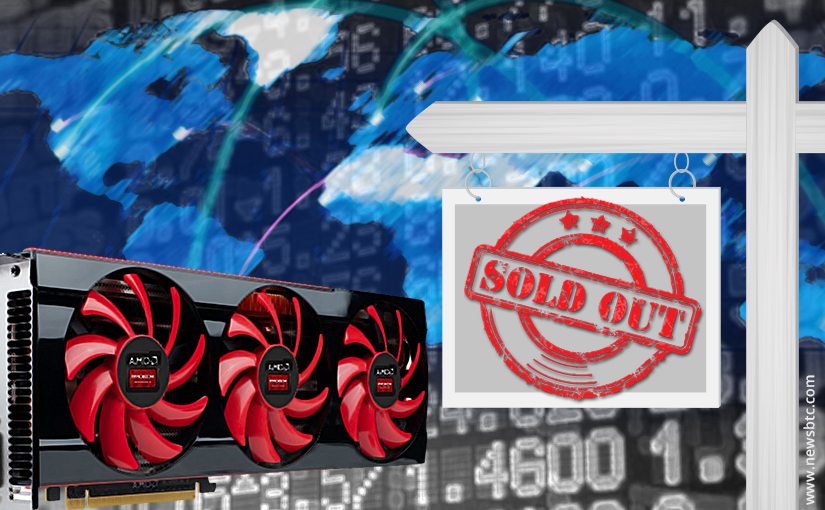 No one will be surprised to learn cryptocurrency mining is a booming market right now. A lot of alternative currencies can still be mined with regular graphics cards. Particularly AMD GPUs are in high demand these days. It appears several countries are struggling with GPU supply right now. Although this is not necessarily entirely the fault of cryptocurrency mining, it will certainly attribute to the problems. Anyone who has a second-hand card laying around could make some good money.

It is quite interesting to look at the AMD GPU supply issues. Dozens of countries have seen cards getting sold out way too quickly. It is unclear what is driving the sudden demand for AMD’s new video cards, though. Some people blame it on cryptocurrency mining. It has become quite profitable to mine currencies other than Bitcoin with a set of AMD GPUs. Especially Ethereum and all of its clones are quite popular among miners.

More specifically, there is a growing shortage of particular AMD GPU models. Mainly the RX 570 and RX 580 are in incredibly high demand. Both cards are affordable and produce a lot of mining hashpower for cryptocurrencies. It is possible the shortage of these AMD GPUs will continue to be an issue for some time to come. Some shops are officially marketing these cards to miners as well. Companies want to capitalize on this emerging market, which is understandable.

Some people may be surprised NVIDIA GPUs do not suffer from this issue. That is only normal, as NVIDIA cards can’t be used to mine most of the profitable cryptocurrencies. Only AMD GPUs are well-suited for that particular purpose. Moreover, NVIDIA cards are far more expensive, especially when buying them in quantities of four to six. This is good news for AMD, though, as they struggle to compete with NVIDIA for several years now.

Interestingly enough, the second-hand GPU market is booming as well. Demand for AMD GPUs is so high, one could sell a second-hand card for twice or three times its normal value. Most miners hope to make a timely purchase and recoup their investment early on. That is much easier said than done when dealing with volatile cryptocurrencies, though. There is a lot of price speculation going on right now. By the time most miners are set up, prices could easily plummet as quickly as they rose. Ethereum may not be an exception to this trend.

Tags: AMDBitcoin NewsGPUsmining
TweetShare
BitStarz Player Lands $2,459,124 Record Win! Could you be next big winner? Win up to $1,000,000 in One Spin at CryptoSlots