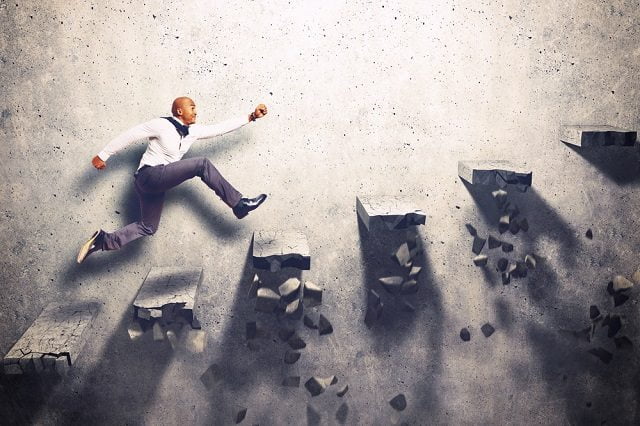 The story of Deutsche Bank being a systemic risk to the global economy is far from told. If this vast European institution would collapse, the European economy will see significant shockwaves for many years to come. According to Zerohedge, this collapse will only be a matter of time, although that may be overstating things a bit.

It has to be said, though, that Deutsche Bank has been digging its own grave for quite some time now. After refusing to admit their capital situation was not up to part, the institution finally admitted the need for help in 2013. However, it took them until 2014 and beyond before raising an additional 9.5 billion EUR.

2016 Has Been Horrible For Deutsche Bank

But there are some factors even financial giants cannot control completely. Various attempts to get with the flow of digitization and cost-cutting measure shave yielded little to no success. To be more precise, close to 9,000 jobs will be axed in the coming months. To make matters worse, the bank will cease its operation in almost a dozen countries.

Particularly 2016 has been a horrible year for Deutsche Bank, which may put the final nail in the coffin of this giant in the coming years. Mounting rumors regarding the institution’s financial woes, rigging interest rates, the Brexit, and the recent IMF statement are not helping matters much. But the biggest shocker came from the US, as the Federal Reserve announced DB failed a stress test.

It will be impossible for Deutsche Bank to continue their operations as normal and pretend there is nothing wrong. It is a public secret this institution is on its hind legs, and they will need outside help, or completely revamp their business model. The bank raised funds in the past, albeit it still doesn’t seem enough. There is very little point in digging a new hole to fill up a previous hole.

Good or Bad for Bitcoin?

Some people may be wondering what this situation will do for Bitcoin in the future. A failing megabank like Deutsche Bank is not necessarily positive news for the cryptocurrency. A lot of people will lose money, and it will be next to impossible to recover it all. In fact, it might be impossible to recover any of it, and it is not unlikely regular consumers will be affected as well.

People who still have a chance to pull their funds out might want to do so before things get out of hand. Investing part of that money in Bitcoin may be the smart idea for now, as traditional investment options offer little to no promising future right now. While some Bitcoin enthusiasts may see this impending collapse as a positive sign, but there is no reason to gloat at this stage.