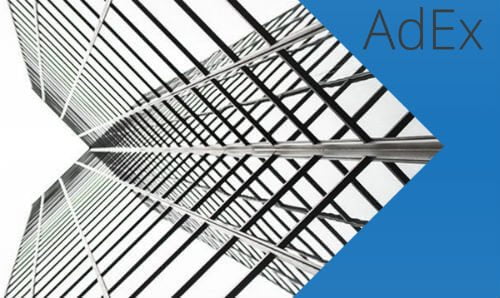 AdEx, a decentralized ad exchange platform, announced the launch of its crowdsale in an official blog post. The crowdsale is scheduled to begin on June 30, 2017, and aims to raise 40 000 ETH.

The blockchain-based ad exchange seeks to offer an alternative to contemporary centralized solutions prone to ad frauds and privacy violations. Traditional online ad market faces a lot of issues including lack of transparency, user consent issues, problems with fraud and the like. AdEx is offering solutions to such issues and will allow for a better control for ad publishers while enabling the end users to have more control over their privacy and ad preferences.

The platform has partnered with the Wings Foundation, which develops WINGS DAO, in order to efficiently price the AdEx token sale. Furthermore, AdEx Network is in partnership with BITMAIN, Fintech Blockchain Group, and Stremio.

The AdEx platform will employ Ethereum smart contracts to ensure removal of intermediaries and to describe the very process of ad choosing and tracking, as well as bidding and payment. The transparency of the endeavor will be ensured by the decentralized nature of Ethereum and the project will employ IPFS for hosting ad-related media like images, videos, and metadata. AdEx also plans to use IOTA in the future on top of Ethereum to further improve the platform’s scalability.

The platform will be available through mobile and desktop applications and embedded devices and can be integrated with websites via publisher-hosted endpoints.

ADX, the AdEx tokens will use ERC20, a standard protocol for smart contract systems powered by native tokens, in order to ensure the platform’s compatibility with other Ethereum-powered solutions.

Once the crowdsale is concluded, 80% of all ADX tokens will be available for distribution among the supporters. And of the remaining twenty per cent, 16% will be reserved for AdEx developers and advisors, which will be vested for a year to ensure the smooth development of the platform. The remaining 4% will be distributed between WINGS DAO community and the bounty campaign participants.

The first AdEx prototype is scheduled for release as early as February. The prototype’s code will be completely open-source and will include a basic ad bidding system, a front-end for advertisers and publishers, and an SDK for publishers, and will be mainly focused on native and display advertising.

The launch will be followed by massive improvements in the subsequent year and by January 2019 and thereafter, AdEx plans to roll out AdEx v.2, which will seek to accommodate the needs of the increased number of publishers and advertisers using the platform.

Tags: adexbitcoinICONews
Tweet123Share196ShareSend
Win up to $1,000,000 in One Spin at CryptoSlots