Demand For Bitcoin in Venezuela is Increasing 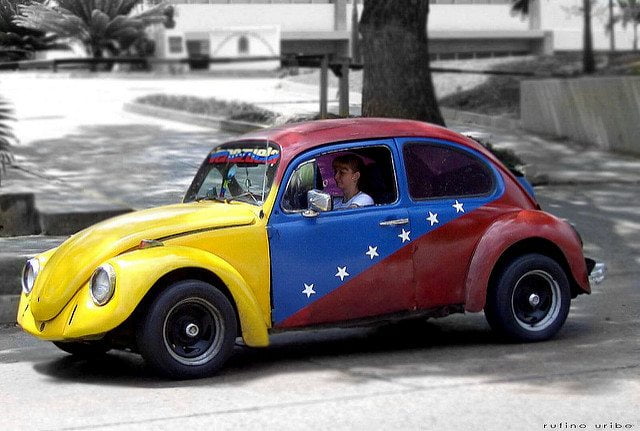 Carpe Noctom, a cryptocurrency expert and Altcoin Exchange advisor, revealed that the demand for Bitcoin in Venezuela is increasing at an exponential rate.

Since June, within a three-month period, the trading volume of LocalBitcoins Venezuela has quadrupled, from around 9 billion to 40 billion Venezuelan bolivars.

In regions like Venezuela wherein regulations and policies for Bitcoin remain unclear, it is difficult to use cryptocurrency trading platforms and Bitcoin exchanges to invest in Bitcoin. More to that, over the past year, the financial and banking systems of Venezuela have significantly deteriorated, as the country has continued to suffer from hyperinflation and rapid devaluation of its national currency.

Previously, local news publications and magazines including Reason.com reported that a relatively large number of university graduates, young entrepreneurs, and professionals have started to mine Bitcoin and other cryptocurrencies such as Ethereum and Zcash to generate sufficient profit to finance day-to-day operations and their families.

But, Jim Epstein of Reason.com, who previously provided an extensive coverage on the vibrant cryptocurrency community in Venezuela, revealed that four Bitcoin miners were arrested in Venezuela. Following the statement of Douglas Rico, the director of the Cuerpo de Investigaciones Científicas Penales y Criminalisticas (CICPC), a federal police agency, Epstein wrote:

“In a statement attached to his Instagram post, Rico said that they were running ‘more than 300′ bitcoin mining computers and selling them in Cúcuta, a Colombian town near the Venezuelan border, which is known as a place where Venezuelans go to freely trade bolivars and dollars without abiding by the government’s strict currency controls. Rico also claimed that the miners’ actions had affected “the consumption and the stability” of electricity service in Charallave. These four individuals aren’t the first Venezuelans bitcoin miners to be arrested.”

Still, in spite of the crackdown on Bitcoin mining activities by local police and law enforcement agencies, many residents and citizens of Venezuela have turned towards Bitcoin, using it as a main currency and store of value. Consequently, an increasing number of individuals and organizations in Venezuela have established mining centers and facilities to obtain the cryptocurrency.

As the Atlantic reported:

“Under these circumstances, a miner starts to look a lot like an ATM. Professors and college students have mined bitcoin; so, rumor has it, have politicians and police officers. It has become a common currency even among non-miners: Peer-to-peer online exchanges (think Venmo, but with cryptocurrency) allow everyone from shopkeepers to a former Miss Venezuela to buy and sell with bitcoin.”

It is entirely possible that Bitcoin could replace the national currency and evolve into the main store of value, digital currency, and financial network within Venezuela. Already, many citizens are using Bitcoin in Venezuela to purchase food and medicine through online marketplaces and channels, as cash has become worthless in the region.

As analysts including Chamath Palihapitiya, the prominent venture capitalist and owner of the Golden State Warriors stated in the past, governments cannot censor, control, or regulate the Bitcoin protocol itself. It can restrict trading activities and mining of the cryptocurrency, but it cannot stop anyone from using Bitcoin.

Image Credit: For commercial use