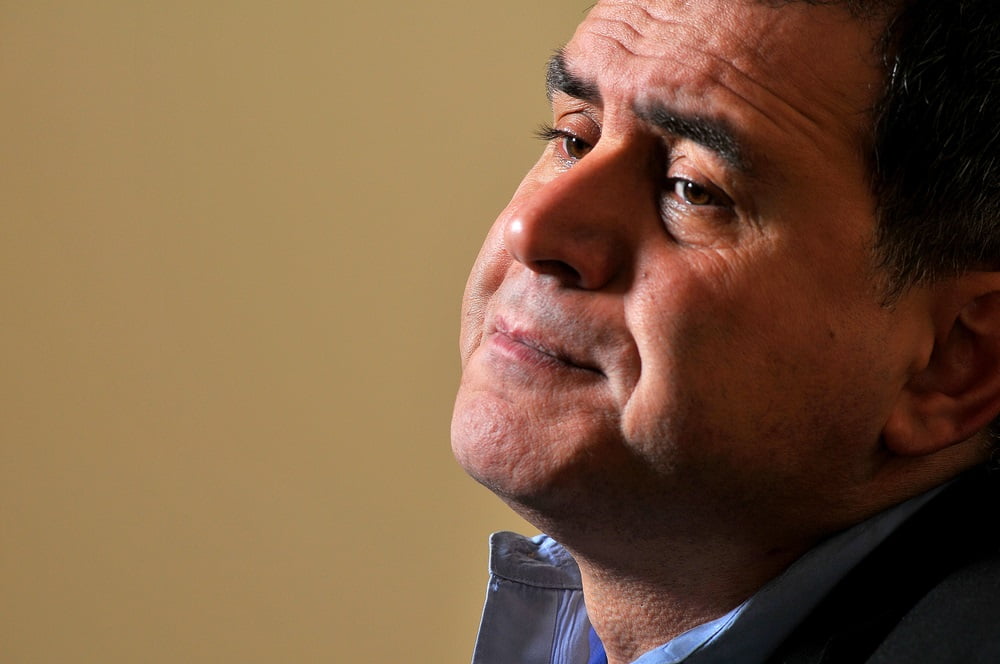 New York University Economist Nouriel Roubini has once again attacked cryptocurrency and its supporters. The man known as “Dr Doom” for his bearish market commentaries went as far as to call the financial innovation a “stinking cesspool” in a series of tweets late last night.

One of the planet’s most ardent cryptocurrency naysayers has weighed in on Bitcoin and altcoins. After voicing his opinion yesterday at the Senate Banking Committee hearing on the subject of blockchain and digital assets, Roubini took to Twitter to lambaste the entire industry.

According to a report in CNBC, Roubini stated late on Thursday that the market lacked fundamental value and was in fact detrimental to society since it consumed vast quantities of electricity:

“It is indeed laughable to think that useless cryptocurrencies or s—coins have any fundamentals of value. Their fundamental value is ZERO or actually negative … if you price correctly their negative externality of hogging energy and destroying the environment.”

This appraisal of the space came just hours after he had called crypto “the mother or father of all scams and bubbles” at the Senate Banking Committee hearing. The economist voiced his opinions via Twitter and during his outburst he posted a video explaining centralisation issues in digital assets. According to the post:

“Decentralization is a Big Fat Lie peddled by self serving greedy crypto oligopolists and cartels.”

Mud slinging, Name calling? I got an entire army of 1000s of crypto lunatics, crazies, barking dogs, trolls, bots, shills, hack insulting me and threatening 24/7 for weeks now & not ONE of them could rebut ANY of my arguments in my 30 page written testimony. A motley crew of nuts https://t.co/YzBGxk1z5l

… before going on to the make assumptions about the collective knowledge of those interested in the technology and its implications for finance and society. Evidently, Roubini has never lived through the horrors of a hyper-inflated economy:

These crypto lunatics know nothing about money, banking finance , monetary policy. They have zero financial literacy. And they pretend to reinvent money. A solution to a problem that doesn't exist. And a solution that is the return to the Stone Age of barter https://t.co/tTzal97mZw

Perhaps the most venomous criticism of the space yet was when he referred to the industry as a “stinking cesspool that is in meltdown” and that digital currencies have no value whatsoever.

Such a general statement shows a complete misunderstanding of the concept of value. No single individual can speak for an entire planet with diverse concerns and specific hardships on the subject of value. Value is entirely subjective.

For example, a comic book collector might pay thousands for a first edition copy of one of the classics. However, for me, the value of such a piece is close to zero since I don’t enjoy comic books and can’t even use the paper it is printed on to make a shopping list. If everyone shared my opinion, would the seller get thousands for it? No. The same can be said about literally any commodity or asset. If no one wants it, it has no value.

If the likes of Bitcoin provide a service in demand – such as the ability to escape a ravaged economy such as Venezuela or Turkey – who is someone like Rubin to say that it lacks value?

Tags: bearishNouriel RoubiniSenate Committee Hearing
Tweet123Share196ShareSend
Win up to $1,000,000 in One Spin at CryptoSlots