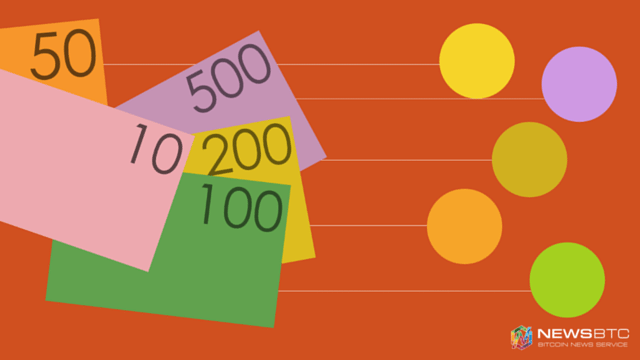 It is no secret the financial world is prone to future innovation and disruption on a global scale. Even though established payment providers are looking for new ways to make payments more secure and convenient, there is a lot of pressure from the FinTech and digital currency sector. A recent report by the Dutch central bank touches upon these developments, and what their priorities will be moving forward.

Interesting Payment Trends In The Netherlands

All over the world, consumers are changing their behavior when it comes to making payments. With so many different options at our disposal, there is a real war going on for payment supremacy, so to speak. While some countries are looking to get rid of cash transactions, The Netherlands is seeing a decline in this number as well. Compared to 2010, there were 600 million fewer cash transactions in 2013. This trend has most likely continued throughout 2014 and 2015, even though the report does not state official numbers.

The way consumers use this cash is also changing over time. Based on the report released by the Dutch central bank, there are fewer ATMs in existence since 2014, and consumers are making far fewer cash withdrawals. Even the number of over-the-counter cash withdrawals has dropped by over 60% since 2010, indicating how people are moving away from cash in favor of electronic and other payment methods.

Part of this mind shift can be attributed to a lack of efficiency when dealing with a cash transaction. Cash is not convenient, and it feels clumsy at times to deal with both bills and coins. Electronic payments let users pay the exact amount they need, by just carrying a plastic card or mobile device. Physical wallets are becoming a thing of the past.

But the ecosystem is not all rosy for established payment methods in electronic form. Retailers in the Netherlands have expressed their preference to see funds from credit or debit card transactions credited to their bank account faster. Especially the only retailers – dealing with iDEAL payments – stand to gain from faster clearing and settlement.

Surprisingly enough, the report makes mention of how the fraud rates in electronic payments are declining. While there is still a long way to go before banks can call this threat a non-issue, the numbers have declined sharply between 2010 and 2014. Better detection systems help spot internet banking fraud, and skimming plastic cards has become much harder since the EMV chips have been introduced. Counterfeit notes, on the other hand, has seen a sharp uptick throughout 2014, nearly doubling from the numbers registered during 2011.

A report by any central bank would not be complete without making mention of digital currency and Bitcoin. The bank issued a warning about Bitcoin in 2014, as they still feel Bitcoin users can not be identified properly – which is far from the truth. Plus, the Dutch central bank keeps stating how Bitcoin is perfect for criminal activity. However, because the share taken by digital currency in the payment system is minimal – in 2014 – no further actions were taken.

Hardly anyone will be surprised by the news of the Dutch Central Bank keeping a close eye on the evolution of Bitcoin and digital currencies throughout 2015 and beyond. There is only so much traditional finance can do to make payments more appealing, as all transactions have to go through the outdated legacy system.

New and innovative payment methods – such as Bitcoin and other digital currencies – completely bypass the financial infrastructure and provide global payment solutions. Regarding robustness and faster payment processing, there is no match for Bitcoin in the financial world today. Especially not when taking into account how the sender pays minimal transaction fees with Bitcoin, whereas the recipient pays no fees at all [unless they convert the funds to fiat currency].

Furthermore, there is no such thing as fraud in the Bitcoin ecosystem. Not only will the blockchain technology be valuable to the Dutch Central bank, but the entire concept of issuing digital money deserves a second and third look. Bitcoin should not be discounted as a contender to eventually put banks out of business, though, as the popular digital currency keeps gaining momentum all over the world.

Tags: ATMsbitcoinblockchaincashdigital currencyDutch Central Bankeconomyelectronic paymentsfinanceLegacy SystemOpinionpaymentsSettlement
TweetShare
BitStarz Player Lands $2,459,124 Record Win! Could you be next big winner? Win up to $1,000,000 in One Spin at CryptoSlots