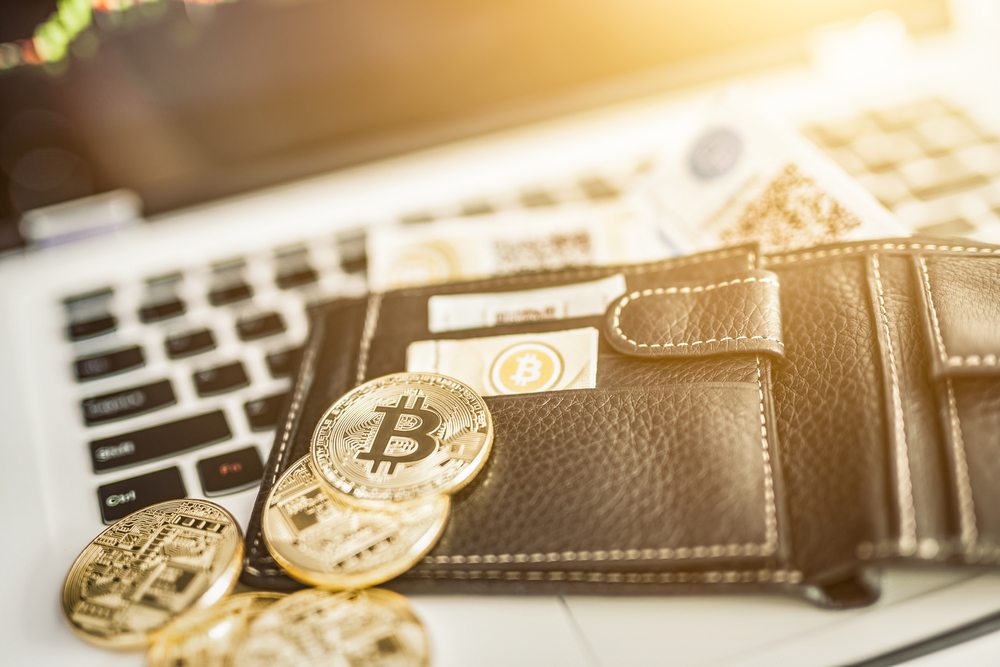 Type “Bitcoin” into online marketplace giant eBay’s search bar, and you’ll discover an absolute plethora of bizarre items which loosely relate to the world’s hottest cryptocurrency. There are more eBook investment guides than you could read in a lifetime, pointless pieces of circular plastic with the assumed Bitcoin logo emblazoned upon them, mining contracts and components for rigs, hardware wallets, and there are even people who have listings for $10 worth of the currency curiously priced at around $1.50.

Continue down the list and you’ll find some decidedly dubious products too. Take access to a “rare” wallet from 2013 which are supposedly still loaded with Bitcoin Cash and Bitcoin Gold, for example, or the “top secret” paper wallet that is guaranteed to keep your coins safe – that is, until the noob who buys it sends their BTC over, and it promptly gets raided by the very person who sold it them (a clear double win for the vendor).

Despite the amount of curious crypto crap on offer, one thing is noticeably absent from the website. That is, the ability to pay with Bitcoin. 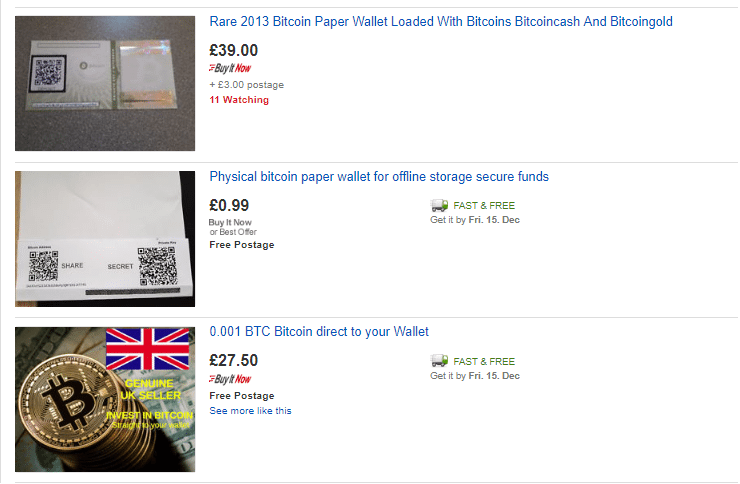 All that could change in the new year, however. According eBay’s senior vice president Scott Cutler, the online retail behemoth could have pondering adding the revolutionary payment method. Yahoo Finance report that the company are “seriously considering” it but are “not quite there yet”.

The move would be a massive step towards wider adoption of cryptocurrency. However, other companies who integrated Bitcoin payments have struggled with volatility and slow transaction times. Just last week online games retailer Steam announced that they would no longer accept Bitcoin for purchases on their platform. For them, it was tough to run a business using the payment option because in the space of time between a customer sending and Steam receiving funds, the price could move dramatically. The way to combat this would be to include a higher fee but who wants to buy a video game for $20 and pay a $7 or $8 fee?

There is a large difference between Steam’s business model and eBay’s, however. Steam is the vendor. They need certainty in payments to stay in business. Meanwhile, eBay is simply a marketplace. They facilitate transactions and take a fee for doing so. It’s conceivable that eBay might request all fees be paid in fiat currency. In that case, it wouldn’t matter anything to them which currency the vendor wants paying in as long they receive their fee. If it takes a day for the Bitcoin network to process the transaction, and costs the buyer 20% of the price of the item to send the Bitcoin, what does it really matter to eBay? It seems on face value that the decision to accept cryptocurrency would not mess with the model in anywhere near the same way it did for Steam. In this respect, it would be more like Craigslist’s recent announcement to support sellers wishing to swap goods for digital currency.

For now, the ability to buy goods on eBay with cryptocurrency hasn’t made it past the ideas phase. With Christmas just around the corner, it’s understandable that the global marketplace is not pursuing Bitcoin’s integration just yet. However, judging by the ease with which they could offer BTC payments and the positivity with which Scott Cutler spoke to Yahoo Finance about them, it seems likely that we’ll be seeing cryptocurrency on eBay sooner rather than later.

Tags: adoptionbitcoinBitcoin Newsebayebay bitcoin paymentspayments
TweetShare
BitStarz Player Lands $2,459,124 Record Win! Could you be next big winner? Win up to $1,000,000 in One Spin at CryptoSlots