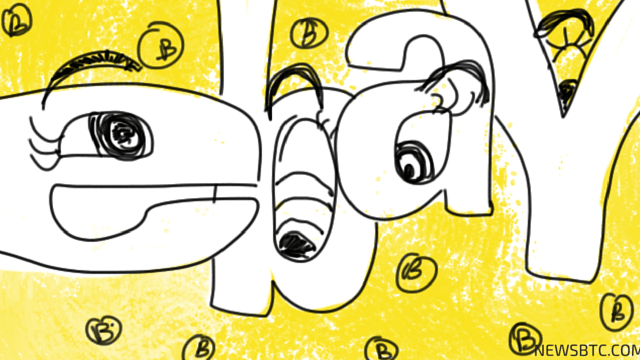 Ebay is exploring the digital wallets niche and soon may be integrating bitcoin. Recently, Ebay has been trying to obtain a larger number of retailer clients on to its e-commerce platform, and now the company is looking to expand the number of digital currencies it accepts.

In an interview with the Financial Times, John Donahoe, chief executive at eBay, said “Digital currency is going to be a very powerful thing.”

Corporate initiatives are boosting the interest in digital wallets in order to facilitate online shopping. Banks, retailers, mobile and technology groups companies, are competing to use new mobile wallets to streamline the online payment process. For this, the company is working to expand the PayPal wallet which will make it accessible to virtual payment systems including digital currencies.

This sudden interest in mobile payment solutions is the latest front in a battle between international tech giants in trying to increase consumer reliance on their products. And to give a new look to the industry eBay’s Chief executive believes that e-commerce needs to combine a more utilitarian nature of shopping online, with the experience of real shopping.

Today, there is a belief that Bitcoin and other currencies represent the future of online payments. eBay’s is trying to increase the possibility that digital currencies may in time have a role in online commerce. The company has focused on new ways of paying with Fiat currencies, rather than with other kind of digital mediums of exchange such as reward points or Bitcoin.

“We are building the container so any retailer could put their loyalty points into the PayPal wallet.”

Ebay is on a run to stay on track with the newest innovations in the mobile payment space and recently teamed up with several companies and has started a plan focusing on incorporating reward points from retailers’ loyalty schemes into its PayPal wallet. With these partnerships, the company is also seeking to to allow customers to collect goods from 150 of the British retailer’s stores.

Even though John Donahoe said ebay was not expanding the PayPal wallet to include Bitcoins, he said the new digital wallet would be able to integrate and accept several other digital currencies.

This is certainly a sign that the way digital currency is seen by the online payment industry is changing and that we might soon see it embrace bitcoin.