EDCAB will Ensure Fair Bitcoin and Blockchain Regulation in Europe 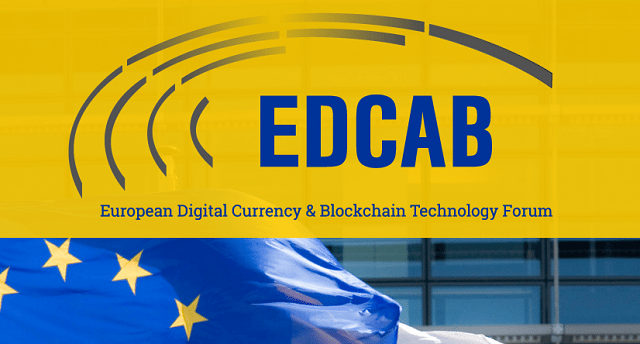 There is no denying European policymakers are keeping a very close eye on the blockchain ecosystem. So much even that a new trade body has been established, which goes by the name of EDCAB. Exciting times are ahead for blockchain innovation in Europe, assuming policymakers can keep up with the trends.

The EDCAB Serves as a Public Blockchain Policy Platform

Although digital currency and blockchain technology have gone entirely unregulated for quite some in Europe, things are coming to a change in the not-so-distant future. Now that the European Virtual Currency industry has formed a new trade body, the policy on digital currencies and distributed ledger technology will be in the balance.

It has to be said, though, the creation of the EDCAB will [hopefully] be a positive move for the legitimization of the virtual currency ecosystem. Both Bitcoin and blockchain are often referred to as the “Wild West” since there are no rules, and the creation of the EDCAB will change that. Plus, they seem to be taking the right approach by ensuring the policy platform is public, rather than holding meetings behind closed doors.

Few people are aware of how the European Union Council has put virtual currencies at the top of their priority list. This is one financial area evolving at a rapid pace, and legislation is expected to be tabled by the end of June 2016.

EDCAB, or European Digital Currency & Blockchain Technology Forum as it is officially called, wants to create a sound and fair regulatory and legislative framework for distributed ledger technology and digital currencies in Europe. Industry members can engage with EU policymakers, regulators, law enforcement, and legislators, and open discussion is encouraged.

“For a strong and comprehensive policy and regulatory framework, collaboration based on in-depth understanding of the technology and open debate is vital. The creation of EDCAB signals industry’s commitment to work with policymakers over the long term to achieve positive outcomes for the sector and the European citizens it serves.”

Comprehending the broad scope of digital currency and blockchain technology is not an easy task. Without the proper knowledge, it will be all but impossible to create a viable regulatory framework. EDCAB Will act as a platform to highlight best practice, respond to policy developments, and provide thought leadership regarding these matters.

To kick things off, a major EDCAB event on virtual currencies and blockchain will be held in Brussels, at the European Parliament building. Several roundtables will be held, and there will be a vast selection of financial experts, blockchain leaders, and other interested parties. Exciting times are ahead for Bitcoin and blockchain enthusiasts in Europe, by the look of things.