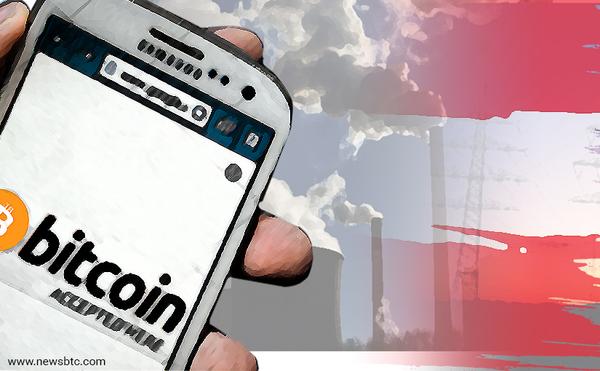 Making companies and service providers accept Bitcoin is not an easy feat. In most cases, these entities feel no reason to do so. Switch, an energy provider in Germany and Austria, feels now is a good time to experiment with cryptocurrencies. They also introduced WhatsApp as a communications channel. A very forward-thinking move by the company, that much is evident.

Switch is an energy provider owned by EnergieAllianz Austria. The company is active in Austria and Germany, allowing them to become a respected player in the market. However, it is evident the company is planning to make some radical changes. This will help them stand out from all of their competitors across both countries. The first step toward achieving that goal is introducing WhatsApp as a communication tool for customers.

At the same time, Switch also shocked the world by announcing the introduction of Bitcoin payments. This means customers can pay their Switch bill with Bitcoin in Austria moving forward. It is unclear if this also applies to German customers, though. After all, Germany has an uneasy relation with cryptocurrency so far. Then again, Lieferando recently enabled Bitcoin payments on their German portal.

The reason to accept Bitcoin payments is twofold. On the one hand, Switch wants to cater to digital-first customers, who represent a growing part of their customer base. Secondly, this is part of a market campaign to generate positive buzz for the company. Accepting Bitcoin payments is still a radical decision for any company. Especially when it comes to paying for energy, Europe seems to be holding off for the time being. In Japan, using Bitcoin for such services has been possible for quite some time now.

For the time being, it does not appear Switch has the Bitcoin logo on their website. It is evident things are changing in a positive manner for Bitcoin in Austria, though. Around 1,800 local post offices will allow consumers to buy Bitcoin over the counter. For some reason, the country is very keen on cryptocurrency right now. This is an interesting development to keep an eye on moving forward. Big things are happening in Austria as far as cryptocurrency is concerned.