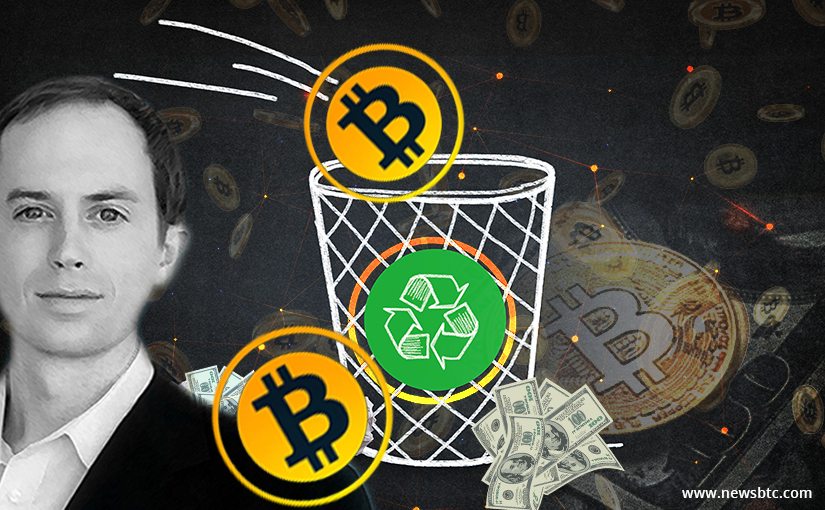 Erik Voorhees Confirms He Will Dump his BTC Cash Quickly

August 1st is almost upon us. It will be a very interesting day for all Bitcoin users around the world. People who have been waiting for Bitcoin Cash to be created will be counting down the hours as we speak. Some people are planning to gather up some BCH in an effort to crash the market. Erik Voorhees, CEO of ShapeShift, is one of those individuals. Their opinions may not necessarily influence the overall market trend, though.

It is not surprising to see people look to sell off Bitcoin Cash as quickly as possible. Many people still think these tokens are free money. That is not the case, even though they will be issued without any additional cost. Erik Voorhees, the person responsible for creating the ShapeShift platform, will not hold onto these tokens for that long. In fact, he tweeted about his plan to sell these coins as quickly as possible.

Erik Voorhees Wants Nothing to do With Bitcoin Cash

Rest assured there are other people who feel the same way. Not everyone is a big fan of this altcoin, but no one expected anything different. There is a market for BCH right now and if people are willing to buy tokens, there’s no reason not to sell. The only question is whether or not people will sell too soon. It seems Erik Voorhees and others want to crash the price as soon as possible. Then again, we saw the same with ETH and ETC. People sold off ETC, quickly and it, later on, rose to US$20 despite the opposition.

I will be dumping BCC as fast as I can. SegWit2x has overwhelming support and I stand by my commitment to it. #bitcoin #Aug1

Keeping in mind how many people may look to dump BCH, there will be but opportunities for those supporting the project. It is interesting to see Erik Voorhees be so open about it. His Tweet also mentions how he feels SegWit2x has overwhelming support. That may not be entirely accurate either. More precisely, there is growing support for Segregated Witness, yes. The 2x part is still up in the air, that much is evident. It will be interesting to see how that situation evolves in the coming weeks.

All of this shows Bitcoin Cash will be put through its paces from the moment it is created. There are more exchanges which will actively support the altcoin as we speak, which is a positive sign. The expected market dump may not necessarily occur, although it is still too early to tell. The opinions of Erik Voorhees and others certainly matter in this regard. Whether or not one should buy BCH tokens or dump them, remains to be determined. An interesting day lies ahead tomorrow, that much is evident.

Get 110 USDT Futures Bonus for FREE!
Tags: BCHBitcoin CashBitcoin NewsErik Voorhees
Tweet123Share196ShareSend
BitStarz Player Lands $2,459,124 Record Win! Could you be next big winner? Win up to $1,000,000 in One Spin at CryptoSlots