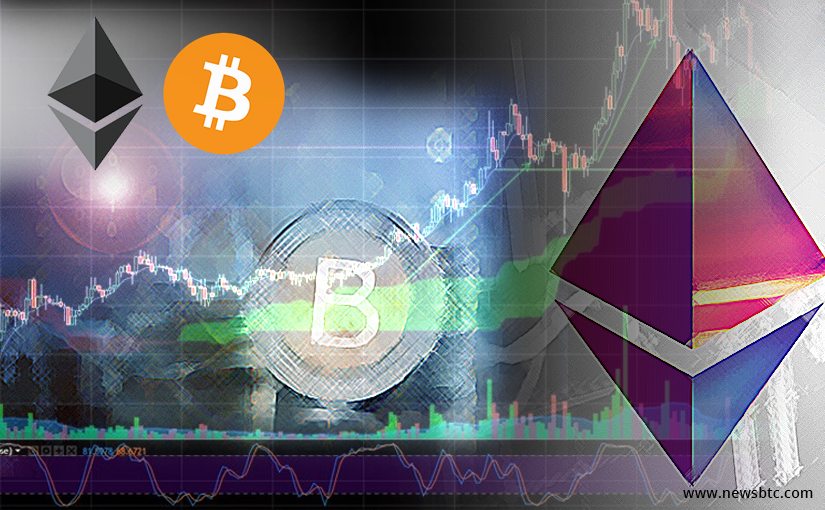 When ETH/BTC Ratio Passes 0.177, Flippening Will Be in Full Effect

A lot of cryptocurrency users are keeping an eye on the Bitcoin/Ethereum ratio right now. For the longest time, this ratio has been kept well below 0.1. In recent days, the correlation improved in Ethereum’s favor to 0.14. This fuels more speculation regarding the flippening, as Ethereum seems on course to overtake Bitcoin’s market cap. Before that can happen, the ratio needs to shift to 0.1777 or higher.

The threshold before Ethereum’s market cap is bigger than Bitcoin’s is not all that far away. Assuming the ETH/BTC trading pair reaches 0.177, the flippening will effectively take place. A lot of people are looking forward to the time this happens. That is, assuming it will ever happen. Rest assured there will be quite some resistance on the charts before we even get to that point.

The Flippening Requires ETH/BTC To Reach 0.177

The number 0.177 is quite significant. At that point, it doesn’t matter what the Bitcoin or Ethereum price is anymore. It will be the moment when Ethereum’s market cap becomes bigger than Bitcoin’s due to the number of coins in circulation. Such an event is often referred to as the flippening. It would be quite interesting to see a cryptocurrency become larger in market cap compared to Bitcoin. It has never happened before, and many people assumed it wouldn’t even happen in the coming decade either.

The bigger question is whether or not this goal can be achieved. It is certainly true Ethereum’s value has skyrocketed these past few days. At one point, the ETH/BTC pair briefly surpassed the 0.15 threshold. Right now, it has dropped to roughly 0.14 and may go below it for some time. The flippening will not happen overnight by any means, though. Sustaining the 0.177 point will be quite challenging, to say the least.

One thing to keep in mind is how Ethereum is thriving due to the ICO’s organized on its blockchain. Albeit the underlying technology is quite spectacular a swell, it has taken a  backseat to crowdfunding projects and speculation. This is not necessarily a positive development. On the other hand, people could argue these ICOs reduce the ETH supply in circulation by quite a bit. Then again, if that is the only objective, this bubble will not last much longer.

BitStarz Player Lands $2,459,124 Record Win! Could you be next big winner?
Get 110 USDT Futures Bonus for FREE!
Tags: bitcoinBitcoin NewsethereumFlippening
Tweet123Share196ShareSend
Win up to $1,000,000 in One Spin at CryptoSlots

Bitcoin Records Worst Performance For June, Will It Get Better From Here?