Everything You Need to Know About Bitcoin Based Binary Trading 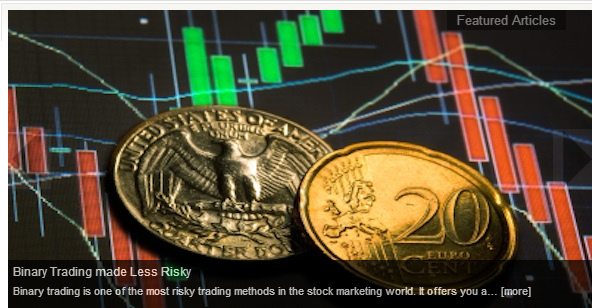 A few years ago (in 2008, to be exact,) there were two major innovations that entered the world of trading, and these two innovations changes the world of finances as we know it: Bitcoins and binary options trading.

What is a Bitcoin?

Simply put, a bitcoin is a form of digital currency. There is no physical entity of a bitcoin; instead, this form of currency relies on balances that exist on a public ledger that is encrypted with both public and private keys.

Bitcoins were created as a means to facilitate online payments without the need for a centralized authority. Because they are decentralized and they offer anonymity, this form of currency has become quite popular.

What is Binary Options Trading?

Binary options trading is a very simple and straightforward trading platform. Basically, it is a yes/no trading platform that is designed to have a payout of a fixed amount. In other words, a trader in the binary options market decides whether a certain asset will go up or go down in price over a fixed period of time.

Many innovative brokers have realized that there is a new opportunity in the trading market and have come up with different ways to trade binary options using bitcoins.

Basically, there are two ways that bitcoins can be trade with on the binary options market:

In order to use bitcoins as a medium of exchange, a trader needs to trade various underlying assets within the financial markets using bitcoins. For instance, a trader may trade the USD/Euros currency pair and predict whether it will rise or fall within a specified period of time. If the trade is successful, instead of being paid in a standard currency (USD or Euros,) the trader will be paid in bitcoins.

There is another option for trading bitcoins, and that involves using them as an underlying asset. Bitcoins can be traded on specialized exchanges, and just like the US dollar or the Euro, the exchange rate for bitcoins goes up or down, depending on the demand for them.

The Benefits of Using Bitcoins

There are many great reasons to use bitcoins for binary option trades. One of the biggest benefits, by far, is that the cost of the transaction will be far lower than any other type of online payment. Additionally, bitcoins allow you to earn extra bitcoins, which can increase your investment. Since bitcoins are traded and their value fluctuates based on their demand, a trader can shield himself from the fluctuations by earning more through the profits that are earned during the process of trading.

In the world of online trading, bitcoins and binary options go hand-in-hand. Using these two together will continue to gain popularity, which makes for a very promising and bright future for traders who trade binary options with bitcoins.

Tags: binary options tradingbitcoinbitcoin pricebitcoin tradingbtc usdNewsOpinion
TweetShare
BitStarz Player Lands $2,459,124 Record Win! Could you be next big winner? Win up to $1,000,000 in One Spin at CryptoSlots