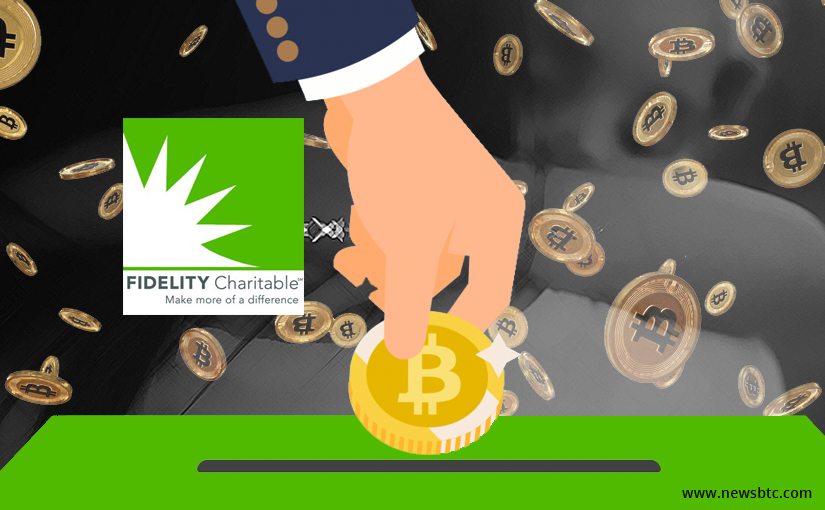 Charitable organizations can always benefit from accepting Bitcoin donations. This is especially true in the case of Fidelity Charitable. This particular philanthropic fund has seen its number of BTC donations go up by quite a margin. Last year, people contributed US$7m in donations. This year, that number has increased to US$9m. A spectacular growth, but where is it coming from?

Fidelity Charitable is a US$16bn donor-advised philanthropic fund. When they started accepting Bitcoin donations, a lot of people were taken by surprise. At that time, it was virtually unheard of to do so. It appears this decision has paid off in a positive way, though. During 2016, the Fund received US$9m worth of BTC donations. A very respectable amount, to say the least.

It looks as if 2017 will be a spectacular year in terms of Bitcoin donations, though. The first six months result in US$9m worth of BTC donations. That is quite a spectacular amount, to say the least. These numbers have been on the rise since 2015, which is a positive trend to take note of. It is quite interesting to see things evolve in such a positive manner for the organization. Bitcoin should not be underestimated when it comes to supporting good causes.

It is also worth mentioning Fidelity’s CEO is quite keen on Bitcoin. Abigail Johnson has been pro-cryptocurrency for quite some time now. She is very intrigued by the inner workings of Bitcoin and what it can mean for our society as a whole. This positive stance makes Johnson stand out from the rest of the financial sector, though. Very few people in the financial world are bullish on Bitcoin right now.

Seeing more people donate to Fidelity Charitable is a positive trend. It is a bit unclear where this sudden “need” to do so is coming from, though. The organization is more than pleased with this development, that much is evident. If this rate keeps up, the organization will receive close to US$20m worth of Bitcoin donations throughout 2017. It will be interesting to see if other charitable organizations have similar success throughout the year.

BitStarz Player Lands $2,459,124 Record Win! Could you be next big winner?
Tags: Bitcoin NewsBticoin DoantionsFidelity Charitable
Tweet123Share196ShareSend
Win up to $1,000,000 in One Spin at CryptoSlots