Jonathan Harris Feels “Zero” is the Right Price for Bitcoin 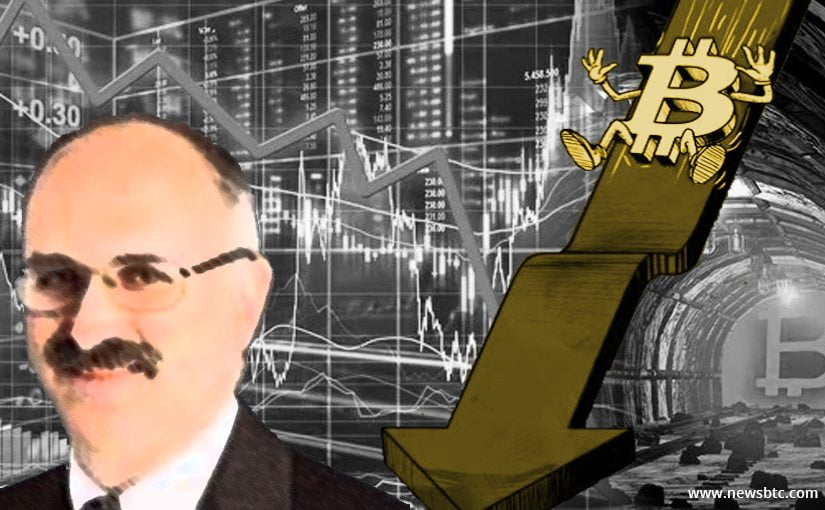 There are different opinions out there regarding the Bitcoin price. Some experts feel US$2,000 was a major milestone and anything is possible from here on out. Others think this is all just a big bubble waiting to pop. Jonathan Harris, on the other hand, feels Bitcoin should be worth nothing. The same goes for all other cryptocurrencies in his opinion. In fact, he states how “cryptocurrencies do not belong in any investment portfolio”. Is this person shortsighted or just unwilling to accept what the future holds?

Jonathan Harris Has A Very Strong yet Strange Opinion

Cryptocurrency enthusiasts are well aware of how financial experts have no love lost for Bitcoin. Many experts feel cryptocurrencies have no inherent value. Some people are more vocal about this sentiment than others, though. Jonathan Harris, a person with 20 years of experience, is one of those people. He also claims he “understands the underlying math and economic issues involved” when it comes to cryptocurrency. As a result of this expertise, Bitcoin should be worth “zero”.

While everyone is entitled to an opinion, this one clearly stands out. It is evident Jonathan Harris has no vested interest in seeing Bitcoin succeed. However, he also has nothing to lose if cryptocurrency were to collapse altogether. In his opinion, cryptocurrency is still a pyramid scheme. Harris feels “the current crop of holders found enough converts to soak up the supply”. That is basically the same as saying Bitcoin is a pyramid scheme, which it clearly is not.

To make his statement more clear, he added the following:

“Buying Bitcoin gets you nothing but an entry into a ledger that proves someone wasted enough electricity to run trillions of numbers through a formula until they found one that passed. All you can do with this is sell it to someone else. It is like a transferable entry in the International Star Registry or the Who’s Who of Whatever.  At least with gold, you have a beautiful and useful piece of metal.”

Moreover, Jonathan Harris firmly believes consumers have no interest in accepting Bitcoin. That seems a rather misguided statement, to say the least. It is evident some “financial experts” will always be stuck in their old ways of thinking. Anything potentially threatening their own values will be dismissed easily. Harris also things capital controls can be applied to keep Bitcoin’s role insignificant.

This shows he is unaware of how capital controls affect exchanged, and not the protocol. Anyone can obtain Bitcoin without centralized platforms and regardless of regulatory measures. His entire LinkedIn post is filled with a lot of misinformation, by the look of things. It makes for an interesting read, but Jonathan Harris has some research to do, by the look of things. The comments on his post are not all that favorable either.