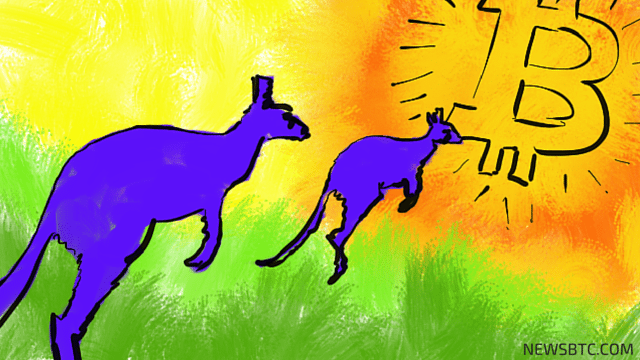 The concepts of Bitcoin and FinTech seem to be confusing a large amount of politicians around the world, as their natural reaction is to overregulate these industries and preserve the financial ecosystem as we know it. But that situation is about to change, as FinTech Australia put together a manifesto for the federal government to expand the current ecosystem and allowing FinTech startups to breathe and grow at the same time.

Collaboration Between Government And FinTech Australia

While it is crystal clear to a lot of people how something will have to change in the financial sector as we know it today, government officials are not always on the same page in this regard. There are those who see the benefit of FinTech and Bitcoin, whereas others will oppose the idea at any given opportunity. Only collaboration can create a healthy and innovative ecosystem, and Bitcoin and Fintech will play a big role in achieving that goal.

To give these matters a nudge in the right direction, a new group has been founded, called FinTech Australia. Members of this group all have a vested interest in bringing innovation the financial sector in this country. Among the FinTech Australia members are Bitcoin company CoinJar, Clover, MoneyBrilliant, and SelfWealth, to name a few.

Collaboration will be a key element in allowing the FinTech industry to grow in Australia, and a manifesto has been proposed to the federal government by FinTech Australia. Building a thriving ecosystem is important, and missing out on the FinTech boom could result in a loss of jobs and tax revenue.

After spending an hour meeting with Australian Prime Minister Malcolm Turnbull and various other government officials, it became clear the country should play the card of its natural competitive advantage in financial services. Creating proper regulatory guidelines for the FinTech industry will help Australia become a major hub for innovation in the financial sector.

At the same time, FinTech and Bitcoin startups are uncertain as to what kind of breathing room they are given by the Australian government. Moreover, these startups have limited to no access to customer data collected by banks and traditional financial institutions, which is another key issue that needs to be addressed soon.

One particular point of interest is how the Australian government plans to regulate robo-advisors. These automated financial advisors are a major point of focus in the FinTech industry, but without proper open-data APIs, these projects cannot offer a complete service. Collaboration will be needed in this regard as well, as banks and FinTech startups have to come together to create a more versatile ecosystem.

These discussions about creating a more open financial ecosystem come at an interesting time, considering how the ACCC recently ruled Australian banks did not collude to slow down Bitcoin competitors. With so many Bitcoin startups in the country finding their bank accounts being closed without clear reason, an investigation was launched which yielded little result.

It remains to be seen whether or not the Bitcoin ecosystem will see either a positive or negative effect from the efforts by FinTech Australia. The manifesto calls for better access to a settlement infrastructure not based on the Australian Dollar. Additionally, FinTech Australia wants to remove the general sales tax [GST] from Bitcoin transactions to promote development of the digital currency infrastructure.

In the end, digital currency is a part of the FinTech industry, although it is getting less attention than some other efforts. These discussions certainly set an interesting precedent for future innovation, though.

Tags: australiabanksbitcoinCollaborationfinancefintechFinTech AustraliaNewsregulationstartups
TweetShare
BitStarz Player Lands $2,459,124 Record Win! Could you be next big winner? Win up to $1,000,000 in One Spin at CryptoSlots