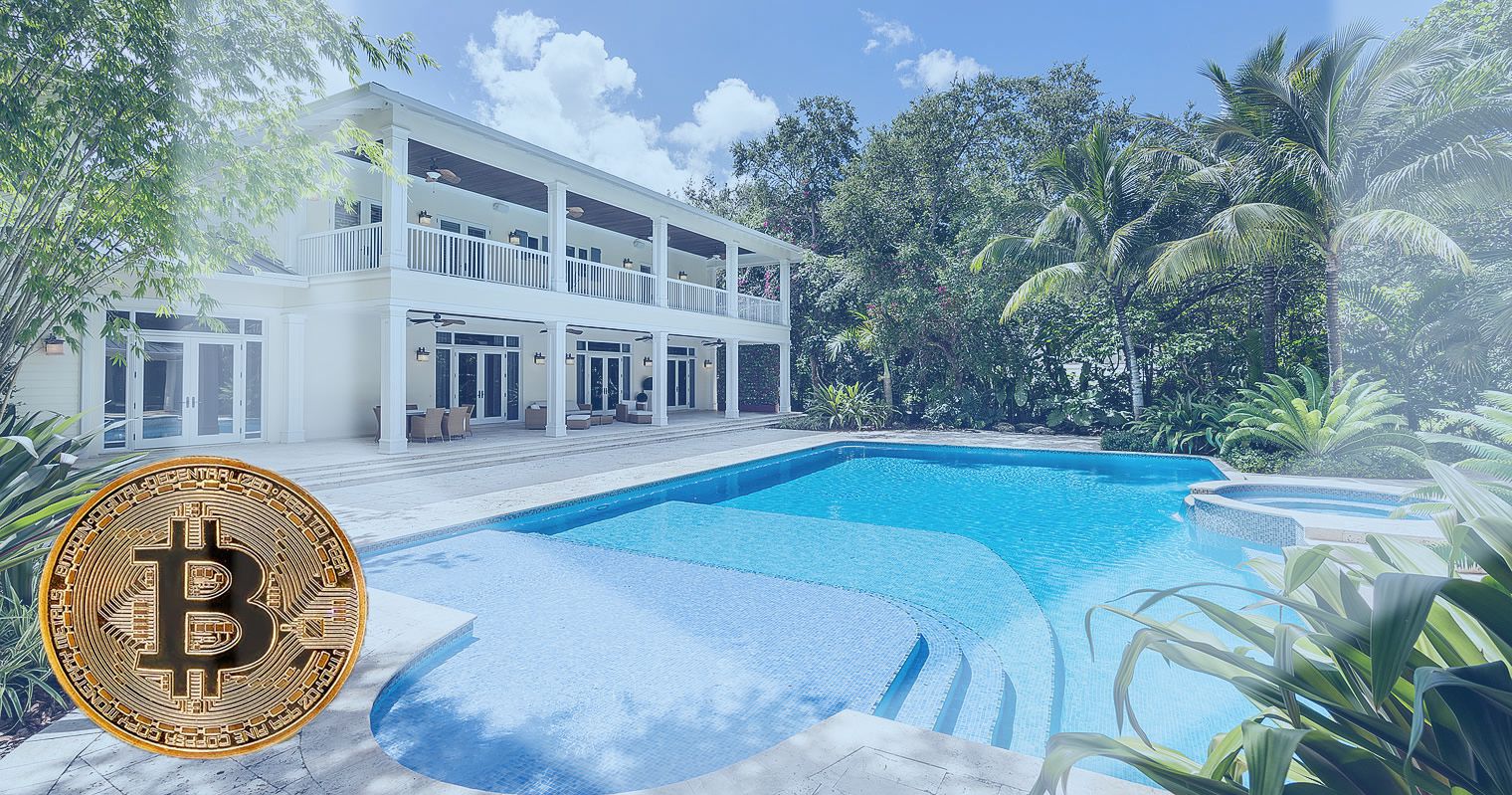 A cryptocurrency investor has sold his luxury Miami home for 455 Bitcoin making it the most expensive Bitcoin to Bitcoin real estate transaction to date.

He told the Miami Herald at the time that he wanted to take Bitcoin in order ‘to show people that real-world goods and services are payable in Bitcoin and Bitcoin Cash.’ The sale officially closed on February, 1 for 455 Bitcoin worth 6 million dollars at the time.

The transaction was made completely in Bitcoin, meaning there was no conversion to US dollars, making it not only the most expensive real estate transaction but also only the second pure Bitcoin real estate sale in Florida.

According to Pulse Real Estate, the buyer is also an early Bitcoin investor who like  Mr. Karmonsky wanted to demonstrate that Bitcoin is a real currency that can be used to pay for most anything.

“(Bitcoin) is digital currency that no one controls, and it’s a very, very liberating currency. And there’s not much use to a currency if you can’t spend it somewhere.”

Bitcoin trader and evangelist Ivan “Paychecks” Pacheco who co-founded the cryptocurrency website Bits to Freedom was the first to buy real estate purely with cryptocurrency.  Paying 17.741 Bitcoin ($275,000 at the time) for a condo, also in Miami. All earlier real estate transactions in the US involving Bitcoin were converted prior to the completion of the sales.

Cryptocurrency may be preferred in the future

Bitcoin for real estate seems a perfect fit as the currency is border-less and can be transferred with a minimum of third or fourth party involvement reducing middleman and processing fees.

Bitcoin-real estate is counting on that fact as a site dedicated to listing worldwide properties for sale in cryptocurrency.

Critics point out Bitcoins early reputed involvement with criminal activities and that using it to purchase real estate is an easy way for criminals to launder and move wealth across borders without detection. Which is historically how international criminals have cleaned ill-gotten fiat currency.

Komaransky who retired at 38 from his career as a trader founded a cryptocurrency trading business at DRW Holdings in 2014. He made news twice before in attempts to buy Florida real estate in Bitcoin to Bitcoin sales but had to relent to converting to Dollars in both cases.

Tags: bitcoin real estatedigital currencyluxury mansionmiamireal estate sales
TweetShare
BitStarz Player Lands $2,459,124 Record Win! Could you be next big winner? Win up to $1,000,000 in One Spin at CryptoSlots