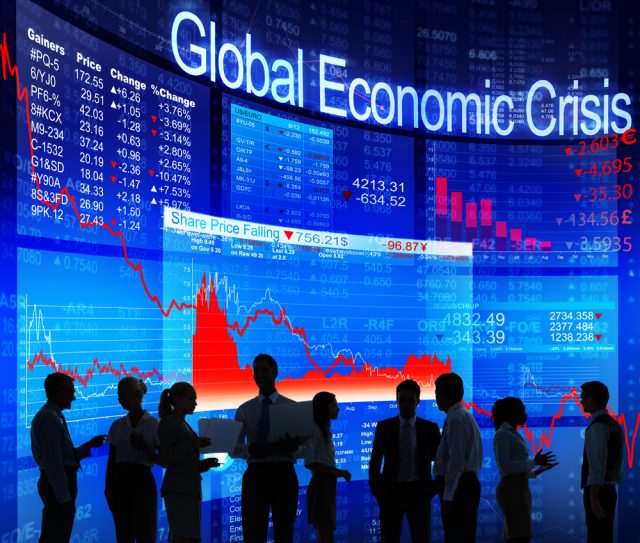 Although people may want to deny the truth, we are on the brink of another economic crisis. A new global crisis appears to be imminent, and there is no solution to avoid the inevitable. Investors and individuals should start looking for alternative financial solutions sooner rather than later. Returning to the gold standard is being considered as well, albeit it is doubtful this will happen anytime soon.

The Brexit voting result is causing ripples all over the financial world. Fiat currencies are plunging and bank stocks decrease in value rather quickly. Both Bank of America and JPMorgan have seen a 13% decline over the course of Monday and Tuesday. There is no improvement in sight either, and further losses are expected to take place in the coming weeks.

New Economic Crisis Is Very Near

No one should be surprised by this turn of events, though. The global financial ecosystem has been very brittle even before the previous financial crisis hit. While some countries are showing signs of recovery, the Brexit will force projections to be recalculated. Negative interest rates are plaguing banks around the world, and even the Federal Reserve will not escape this fate.

There are growing concerns over how the Brexit referendum was a terrible idea. Letting the public vote on this result is democracy at work, but it’s also a worrisome solution. A significant amount of votes indicated they have no idea why they voted “yes”, but they decided to do so anyway. As a result, financial experts were caught by surprise when the voting turned out to be in favor of a Brexit.

“We are in very early days an economic crisis which has got a way to go. The Eurozone needs to get Greece out. They are a toxic liability sitting in the middle of a very important economic zone. If we went back on the gold standard and we adhered to the actual structure of the gold standard as it existed prior to 1913, we’d be fine.“

Returning to the gold standard seems to be the only way to save our global economy at this stage. But it is doubtful that will happen, as it would put a dent in the power held by central banks. There is no better time than now to look for alternative investments. Whether that is gold, Bitcoin, or crab shells, a new economic crisis is coming sooner or later.