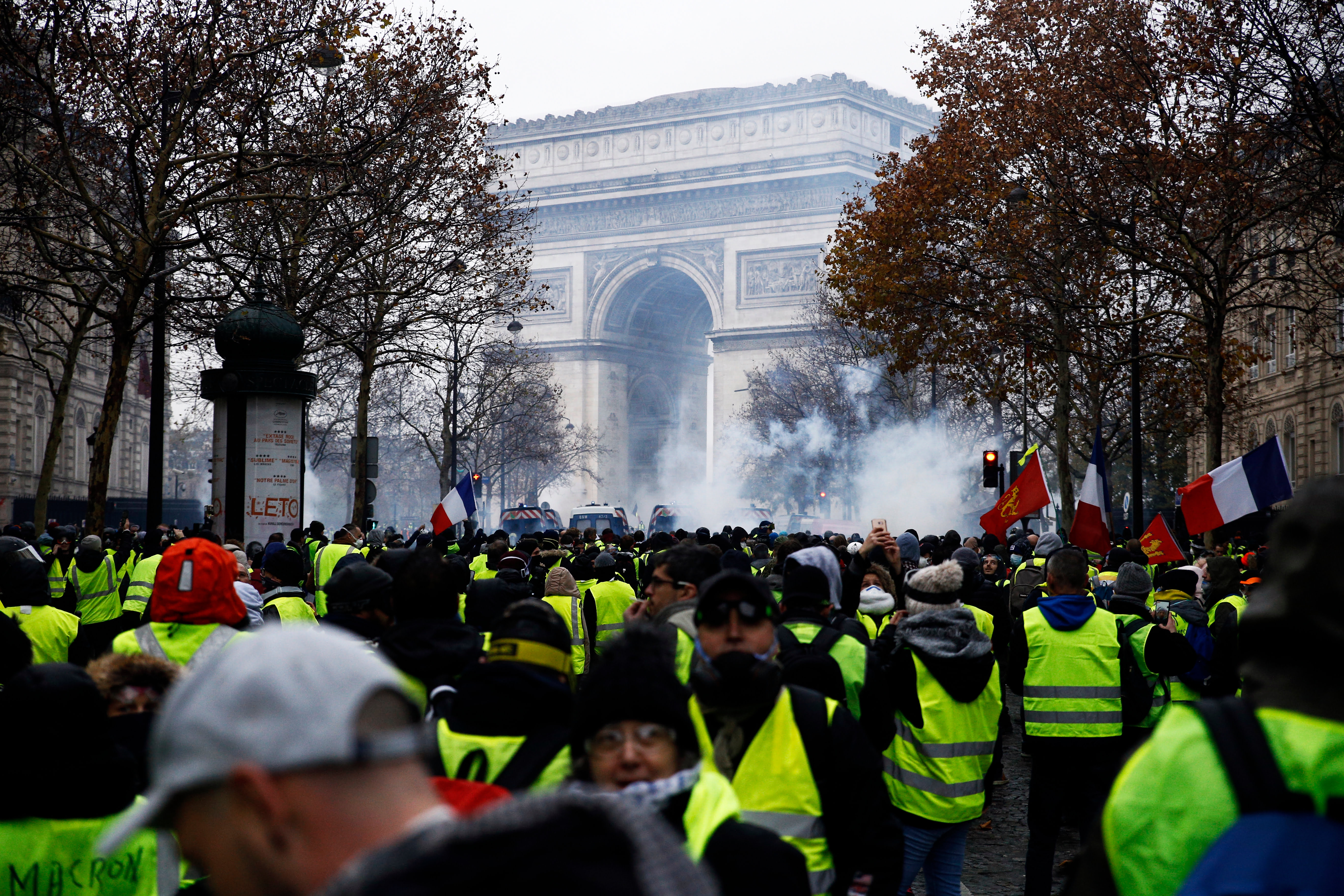 France’s Yellow Vest Bank Run: Could it be Bullish for Bitcoin?

Reports are emerging that the anti-Emmanuel Macron protesters in France, known in English as the Yellow Vests, are planning to stage a bank run this weekend.

Although the chances of such an initiative bringing the government to its knees, as the demonstrators hope, are slim, what may very well be the first ever voluntary bank run in history could still be bullish for the price of Bitcoin.

Could Bitcoin Step in to Save the Wealth of those Impacted by the Yellow Vest Bank Run?

The gilets jaunes, to give the resistance group its correct title, is a group of French demonstrators opposed to France’s President Macron. The movement of largely rural workers originally stood in opposition to a proposed tax increase on the price of fuel. The group’s name – the yellow vest in English – is a reference to the high-visibility jackets required by law to be carried in all vehicles in many parts of Europe. These also serve as a uniform for the movement. In recent weeks, the Yellow Vests have managed to obstruct transport all over France, causing the nation to frequently grind to halt.

The protests have been ongoing since November last year. The latest escalation of the movement against Macron is a proposed bank run on January 12 at the start of the working day. According to local news outlet Capital, the idea was first proposed on social media by Yellow Vest sympathiser Tahz San. He posted:

“For Act 9, we will scare the state legally and without violence. (…) We all know that the powers of the country are not in the hands of the government but in those of the banks. If the banks weaken, the state weakens immediately. (…) Saturday we will all vote by withdrawing our money to impose the RIC (Referendum citizen initiative) urgently. The operation is scheduled for Saturday, January 12 at 8 am It will be reproduced the following month in case of failure.”

Following the spread of the idea around social media, one of the most prominent media figures of the group reportedly picked it up. Maxime “Fly Rider” Nicolle began promoting the initiative to thousands more followers yesterday.

It is interesting to see a “Tax Collectors’ Referendum”, as the event is being now being billed, being attempted as a check on the power of government. One Twitter user has used stated this could serve as an ideal opportunity for Bitcoin to prove itself as a stateless store-of-value in the aftermath of a bank run causing a widespread banking crisis in France.

Reports are saying that Yellow Vest Protestors in France which is 70% of the population is planning to withdraw all of their money from banks to destabilize the gov.

It will be nearly 46 million people directly revolting against the banking system.#YellowVests #France #BTC pic.twitter.com/WQfmiywwYF

Unfortunately, it seems that the figures in the above Tweet are grossly overstated. There is nothing to indicate that 70% of the population identifies with the Yellow Vest movement. The report in Capital estimates that 126,000 people marched in support of the Yellow Vest movement last month. According to the publication’s calculations, even if all these people participated it is unlikely that they would have the financial clout to put the banks at risk.

The head of macroeconomic research at Saxo Bank, Judge Christopher Dembik, stated the following of the movement’s latest economic offensive:

“Triggering a bank run requires huge queues at the counters, very honestly I think the strike force of yellow vests is too weak to destabilise the sector even at the margin.”

A Failed Bank Run Could Still be Bullish for Bitcoin

Although experts seem to be in agreement that the likelihood of a French banking collapse this weekend is very low, it would be foolish to discount the fear that such an action instils in those not even aligned with the Yellow Vests. If high enough numbers of the moderate French population perceive enough risk posed by the bank run, they could preempt the proposed action and empty their accounts before Saturday morning. This would dramatically increase the chances of the Yellow Vest initiative being successful.

However, even if a bank-toppling bank run does not force the French to buy Bitcoin en masse from their local tobacco shop, the threat alone of such an action could serve similar ends.

Banks have easy and effective ways to limit the impact of surges in demand for money from them. The simplest one is to impose withdrawal limits on accounts. If the fear of Saturday’s action causes a bank to impose a knee-jerk withdrawal limit to stop themselves being forced to reveal their empty coffers, those impacted may start to see the worth of an asset class that is entirely permissionless, trustless, and most importantly for the French Yellow Shirts, nothing to do with their national government. The imposition of such freedom-restricting policies in Western economies could well highlight the utility of Bitcoin to even greater numbers of people than ever before.

Tags: bitcoinfranceYellow Vest
Tweet123Share196ShareSend
Win up to $1,000,000 in One Spin at CryptoSlots