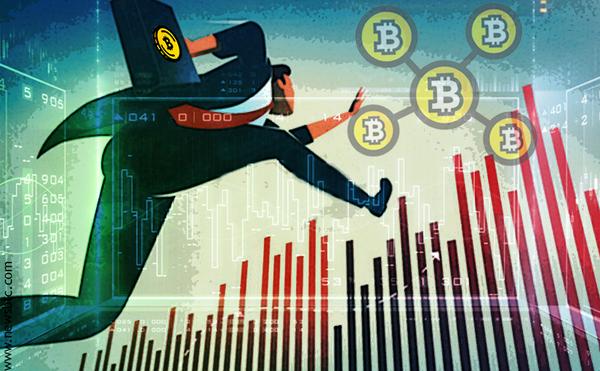 Expectations related to the Bitcoin price are higher than ever before. The year 2017 has surpassed all previous expectations in quick succession. Some sources already claim the next Bitcoin price target by December 31st is $8,000. Not an unlikely scenario, depending on how the SegWit2x hard fork decides to mess things up. Unprecedented price growth will always lead to corrections and reversals.

The Bitcoin price has always been a good reason to get excited. After years of hardship, things are finally falling into place. This year alone, we have seen the Bitcoin value increase fivefold. For all intents and purposes, this momentum doesn’t appear to be over just yet. It is remarkable how the world’s leading cryptocurrency is making such major moves. Multiple corrections and regulatory actions in multiple countries have zero lasting effect these days.

According to The Sun Daily, we can expect more of the same in the next two months. The outlet claims the Bitcoin price will hit $8,0000 before the year is over. A likely scenario, although there is still a lot of work to be done. More importantly, there is a question as to whether or not this momentum can be maintained. A one-day Bitcoin price swing above $8,000 isn’t solid momentum by any means. Then again, no one knows how this market will evolve.

“There’s serious volatility in bitcoin. There are moments where bitcoin can drop by 5%-6% and obviously for investors, that is a huge concern. The significant risk around bitcoin and everyone who’s considering in investing cryptocurrency, you have to be aware of this risk. I’ve never seen an instrument or asset moves so much. It is rallying about 500% year-to-date.”

It is certainly true the Bitcoin price is doing remarkable things. No other financial asset comes even close to its potential right now. No one should be surprised by this, though. Bitcoin isn’t like any other form of money the world has ever seen before. It lacks all privacy and anonymity traits one may like. For that, there are a few altcoins worth considering. Unfortunately, those markets are increasingly bearish right now. A reckoning of some sorts will come eventually. The only question is which currencies will survive and which will perish.