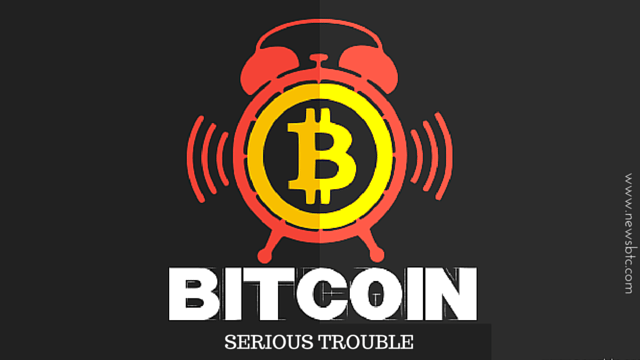 A few months ago, Bitcoin core developer Gavin Andresen proposed an alternative version of bitcoin software called BitcoinXT and urged the community and bitcoin miners to transfer from the bitcoin core.

However, “critics” and cryptocurrency researchers including Mircea Popescu, Pete Duschenski and Nick Szabo stated that Andresen’s version of bitcoin and the expansion of the block size would make bitcoin more vulnerable, as it would require more hashing power to secure the block chain.

Regardless of the criticism, Andresen and several prominent bitcoin startups and investors believe that the block size should be increased, due to the rising volume of bitcoin transactions. In a recent interview with MIT Technology Review’s San Francisco bureau chief Tom Simonite, Andresen stated:

“Looking at the transaction volume on the Bitcoin network, we need to address it within the next four or five months. As we get closer and closer to the limit, bad things start to happen. Networks close to capacity get congested and unreliable. If you want reliability, you’ll have to start paying higher and higher fees on transactions, and there will be a point where fees get high enough that people stop using Bitcoin.”

Andresen proposed a system, wherein if 75% of the miners adopt Bitcoin XT, bitcoin would enter a two week grace period, and possibly allow a “fork” of the blockchain with higher capacity.

Currently, some organizations have adopted Andresen’s Bitcoin XT, and support his proposal for increasing the bitcoin block size. However, many bitcoin developers still oppose Andresen’s view of the block size debate, and are refraining to adopt his proposal. If the developers failed to reach a consensus, or if the block size is not increased soon, Andresen predicts that bitcoin could be dead in a few years.

“Transactions will get unreliable and it’ll get worse and worse over time. My fear is there’ll be no critical event that causes people to react—Bitcoin just kind of has a long slow death. I’m trying to set off alarm bells for ‘You know, guys, if we don’t do this, Bitcoin will be dead in four years.’ It’s not easy to sell that, especially when there’s so much controversy,” told Andresen.

Tags: Bitcoin NewsOpinion
TweetShare
BitStarz Player Lands $2,459,124 Record Win! Could you be next big winner? Win up to $1,000,000 in One Spin at CryptoSlots