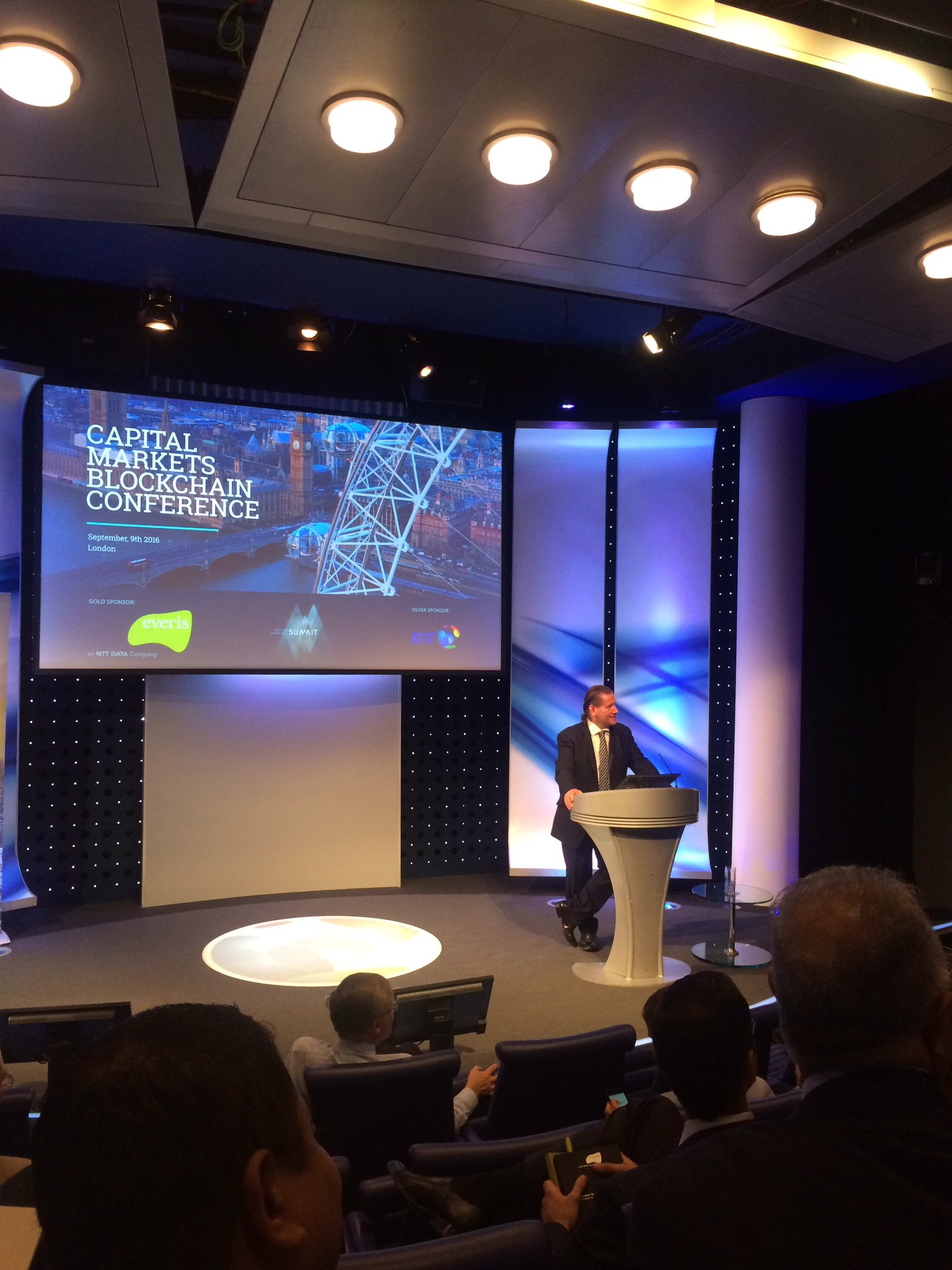 The last month’s security breach at BitFinex had lost traders more than $60 million worth of Bitcoin. It sparked confusion and anger in a community which had already posed victim to many such hacking incidents in the past.

Gavin Smith, the CEO of Bitcoin margin trading firm First Global Credit, touched on such incidents in his speech at the recent Capital Markets Blockchain Conference in London. But instead of repeating what has been printed a thousand times on the internet, Smith preferred to discuss the immediate decisions others and his company in particular took in response to the BitFinex hack.

“We took any collateral that was not required to fund existing position hedges and immediately pulled these back to our cold storage wallets,” he stated. “While there was no immediate suggestion of contagion risk, we felt it was better to take action first and then watch how the situation developed.”

With time, the fundamentals surrounding Bitcoin market improved. Smith meanwhile noted a substantial change in the spread between USD and BTC deposit rates. Before BitFinex hack, the available return on USD rates to finance margin position was between 15 and 20%, and Bitcoin deposits were down at 1.5 to 2%. Smith said:

But after the BitFinex hack, the risk-adjusted returns on Bitcoin deposits significantly improved – it now stands to 9-10%. Though they are still lower than the USD loans loan rates, the spread is narrower than what it used to be before the BitFinex hack.

“We believe that the current rate starts to approach something that is more sustainable and reflects the true level of counterparty risk,” Smith said, while noting that the implied spreads are still to be reflected in Bitcoin futures market which Smith feels “still implies a 15-20% spread between USD and BTC rates.”

Another change since the BitFinex hack is that the market is showing a growing recognition of counterparty risks. Bitcoin traders today are more concerned than before when it comes to placing assets on an exchange. The exchanges in question, according to Smith, are those with “murky ownership structure” and offshore headquarters in questionable locations.

Customers today require Bitcoin exchanges to disclose the identities of their owners. Furthermore, our customers are telling us they are more inclined to partner with companies that are domiciled in well-documented jurisdictions that provide acceptable level of legal protection.

Smith believes that the absence of adequate trust between customers and Bitcoin exchanges has prompted the former to distribute their funds to multiple companies. This strategy minimises the risks associated with trading on only one exchange, for even a simple failure could lock their entire Bitcoin fund, perhaps for an indefinite time. He added:

“They [Bitcoin traders] have recognised that simply relying on the exchange being large and established doesn’t provide any real protection.”

Smith, after analysing post- and pre-BitFinex hack scenarios, acknowledged that Bitcoin industry has indeed handled the challenge well. It certainly proves that the market has moved past the Mt. Gox scenario, and now relies more on organic factors such as adoption, technological improvements, etc. to function without a glitch. Smith particularly showed optimism towards smart contracts, a technology that promises to reduce/eliminate counterparty risks though it has been impacted in the short term by the DAO Hack in June 2016.

“Exposing customers to the full counterparty risk of all their assets is not acceptable long-term and we’re working on some interesting structures with some of our larger customers to resolve this problem and make that first step toward a more secure way of trading,” he concluded.