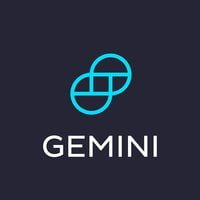 The Gemini Exchange in New York has taken a rocky path over the years. Thus far, trading patterns enjoyed by Gemini have been nothing to brag about (although this weekend hit esteemed marks with about 1400 bitcoins traded within a two-day period). The company recently announced the addition of daily bitcoin auctions to try and increase digital currency awareness, but they have done very little to get the ball rolling.

The company has made headway since it first arrived at the scene. Recently, news was announced that Gemini would expand its services to both Japan and South Korea, while at the same time a new exchange is underway in the regions of both Hong Kong and Singapore. There’s been a lot on the company’s plate, and Harvard alumni Cameron and Tyler Winklevoss seemed capable enough, but when trading has failed to reach the heights bitcoin-enthusiasts were hoping for, someone’s going to raise an eyebrow here and there.

Perhaps all that may change with Gemini’s new series of APIs for automated traders. The APIs will grant users the opportunity to connect through REST, WebSockets and FIX APIs, while potentially offering private order statuses to these users and inspiring easier access to trading along the way.

In a statement, the company boldly proclaims:

“This should prove to be much more efficient than the REST protocol for all of our automated traders, since order status updates and other events are pushed to you rather than requiring you to continually poll for updates.”

At the present time, it is unclear what accounts for the lack of trading on Gemini, though regulation has been suggested as a possible candidate. Either way, the notion of trading through the site has not struck a particularly positive chord, and this will need to change quickly if Gemini is going to push its customer base up.

BitStarz Player Lands $2,459,124 Record Win! Could you be next big winner?
Get 110 USDT Futures Bonus for FREE!
Read our comparison of 50 different crypto casinos. Find out who has most generous bonuses, best UX, knowledgeable customer support and best provably fair games.
Tags: bitcoinbitcoin exchangeBitcoin NewsCameron and Tyler WinklevossGeminiNews
Tweet123Share196ShareSend
Win up to $1,000,000 in One Spin at CryptoSlots